In Nancy’s comment on my Seven Sisters blocks, she noticed that the Seven Sisters pattern is very similar to the Tumbling Blocks pattern — basically just 60° diamonds with a different coloration. TB is a pattern I have always loved, and planned to make one day using 19th century scraps so I could take advantage of my light value shirting prints. I didn’t think it was possible to make a TB quilt using Depression or mid-century fabrics, but then I remembered these photos I copied in 2003, probably from an ebay auction page.

The quilt was pieced with bright colors and pastels in a set that groups 9 “blocks” with a path between each group composed of hexagons. The shading on a few of the groups seems wrong to me, but who knows — maybe that was the look she was going for.  Because of the separation between the groups, it’s actually not too noticeable.  I especially love the way she added the little individual blocks at the top and bottom, and the wonderful scalloped edge.

Maybe my scraps would work with this pattern, although I wonder if I could get the same effect by replacing the solids with dominant color prints.  I’d also like to try a an embroidered Tumbling Blocks crib quilt with a letter on one side of the block and a tiny embroidered picture on another side — sort of like the painted wood blocks I had as a child.  Too many ideas — too little time! 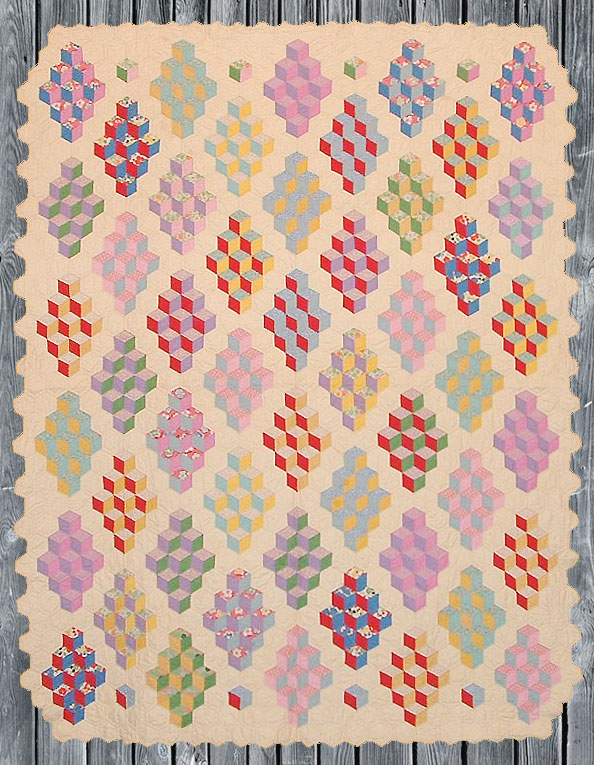 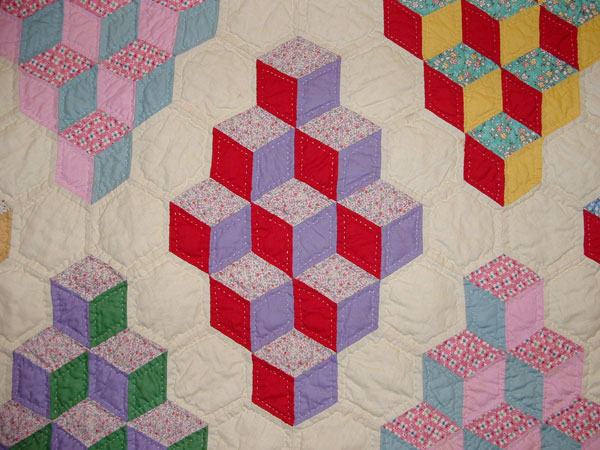 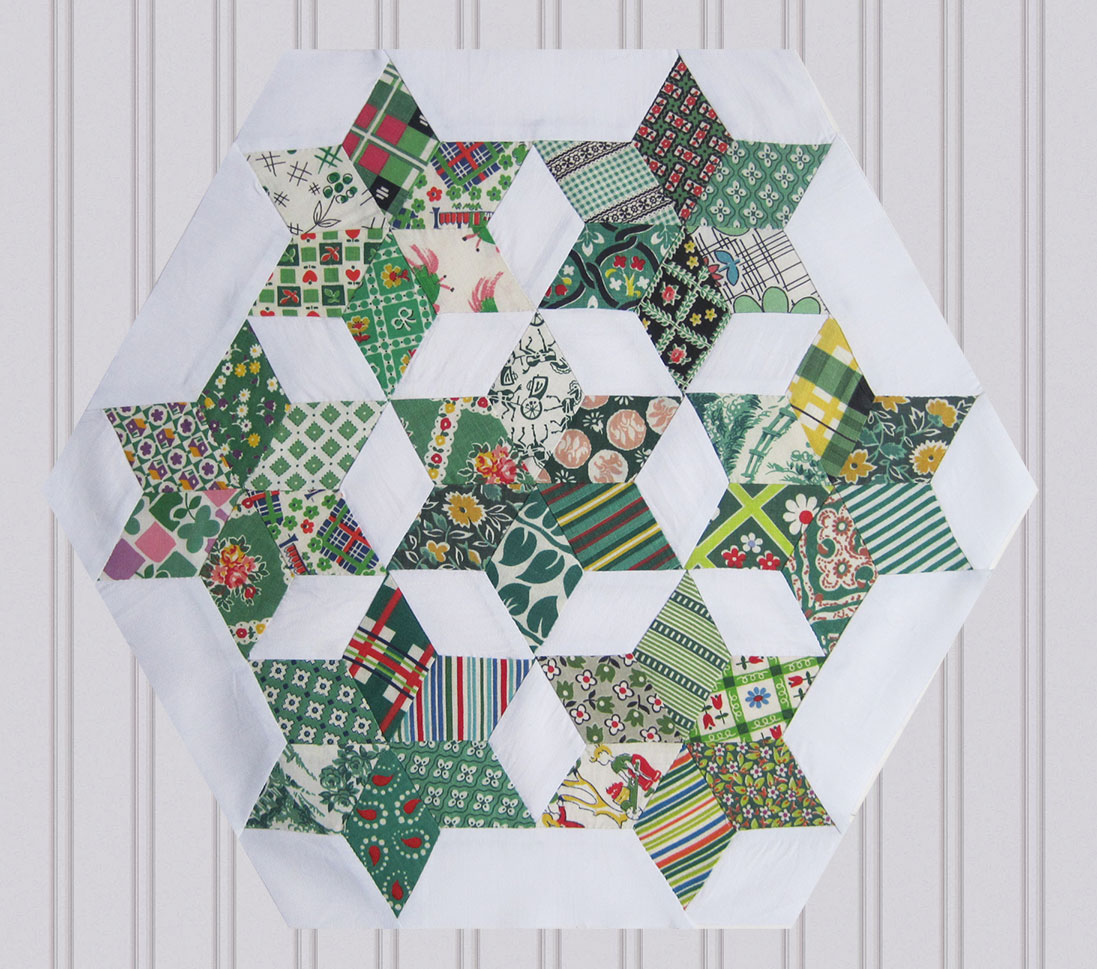 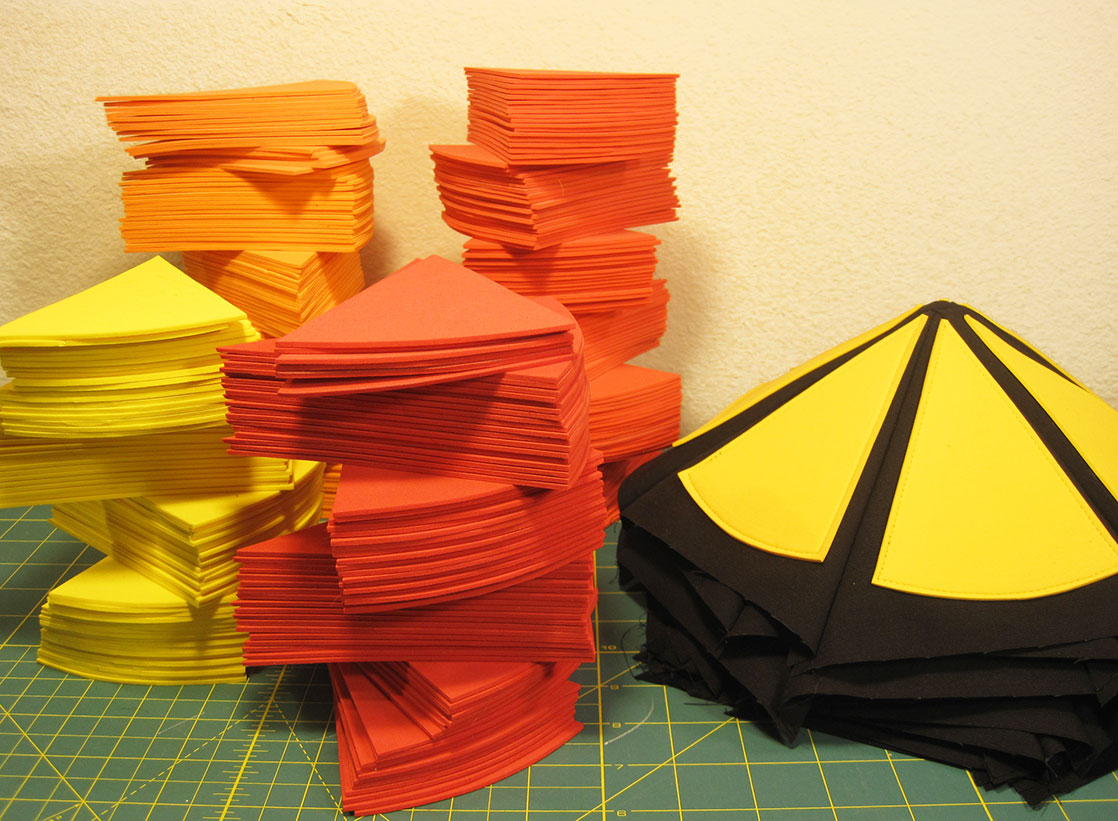