In my last post I included a photo of a tile rack made by my niece, Jennifer Krohn. Today I want to show you  the beautiful tile tray she made for me.  Jennifer has worked as an industrial designer, but right now she is staying home with her three little children, Max, Oliver and Marjorie. I don’t know anything about making tiles, so I asked Jennifer to describe the process she used to make both the tray and the hanging rack.

The tiles in the tray were made from a slab rolled out on a slab roller which flattens the clay to a consistent thickness. They were then cut out with a 4 inch tile cutter — it’s kind of like a cookie cutter. Then the design was lightly drawn onto the clay with a pencil and carved out. Next, the tiles were painted with black slip in certain places, followed by a bisque firing. After the bisque firing, they were dipped in clear glaze and different colors of crushed glass were placed in the carved out holes in the center of the flowers. The glass melts and spreads out a bit during the final glaze firing which was a high fire to cone 8. 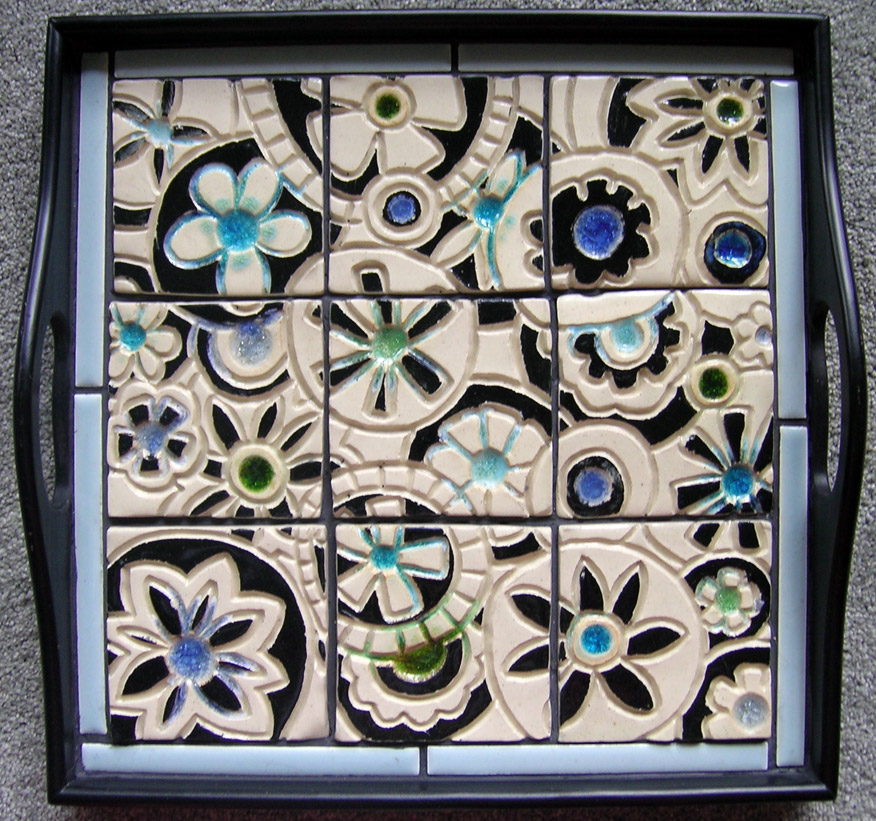 The tiles in the hanging rack were made from impressions of the tray tiles. I rolled out a slab and cut it into pieces and pressed the pieces into the existing tiles. I then used the same 4 inch tile cutter to cut them out. They were bisque fired and then painted with colorful low fire glazes and fired in a low glaze firing to cone 06. 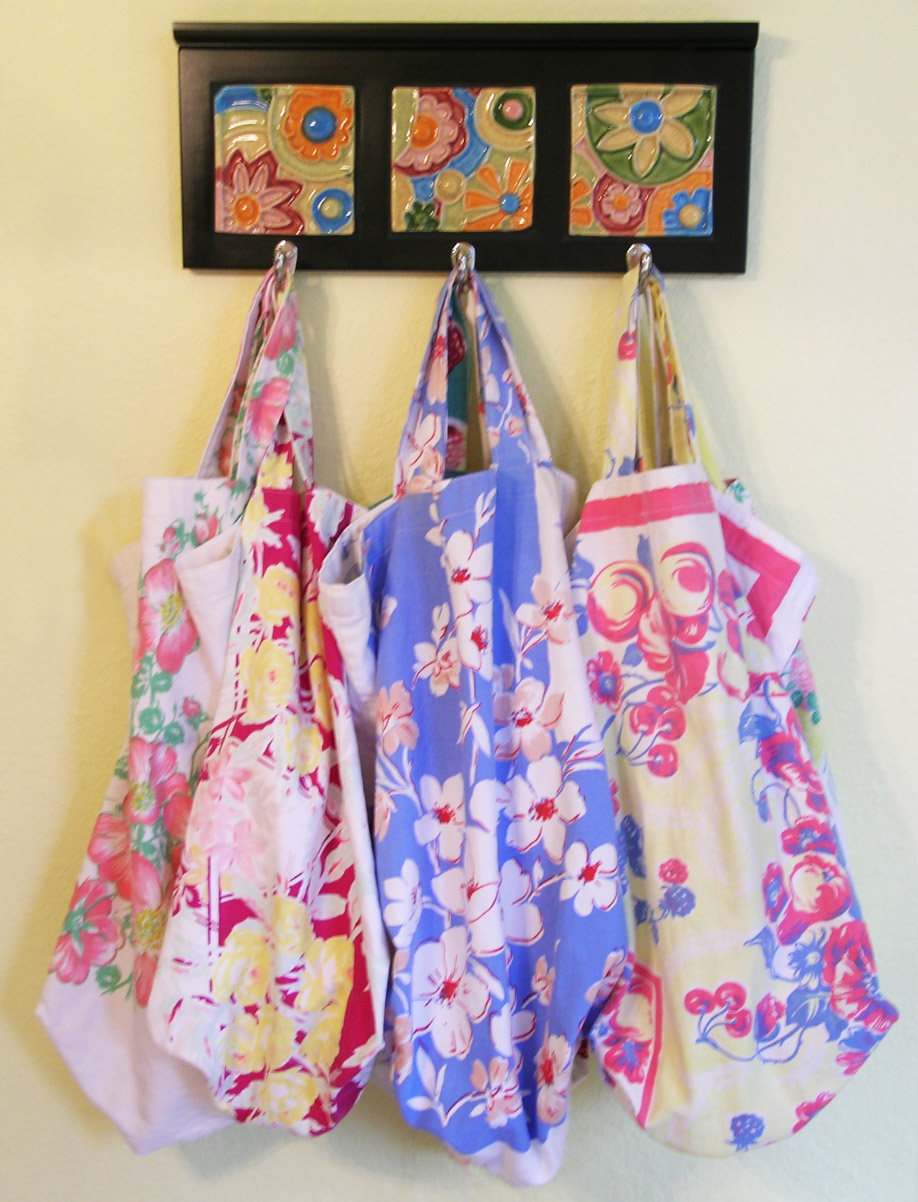