A couple of months ago I saw this adorable quilt, which sold on ebay for $550.  I had never seen this pattern before, and was unable to find it in any of my reference books.  It’s probably a published pattern, but I think it would be pretty cool if the quilter designed this herself.  Although the seller said it was a girl holding flowers, to me it looks like a Sunbonnet Sue, and I think those are balloons she’s holding, because they have colorful embroidered strings, as opposed to the flower at the bottom of the block. 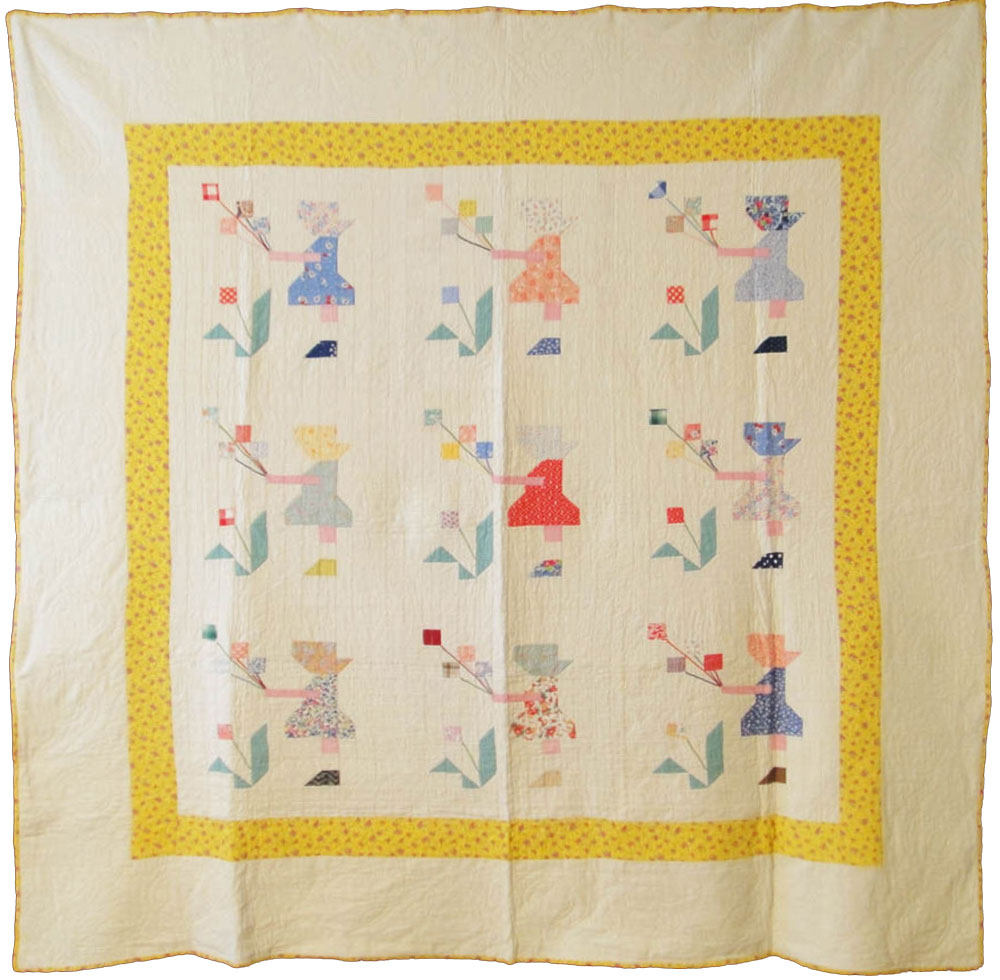 At first I thought surely she didn’t make the center section out of little squares, but maybe she did.  I can tell from close-ups of the prints in the individual blocks that the dress and bonnet are individual squares and triangles, but because of the square patterned quilting, it’s hard tell about the white fabric — is it seamed, or am I just looking at quilting stitches?  I would probably be inclined to construct the blocks with individual squares and triangles, but make the sashing solid, and just quilt the square lines.  Here I’ve straightened a photo of one of the original blocks and added lines to show the pattern. 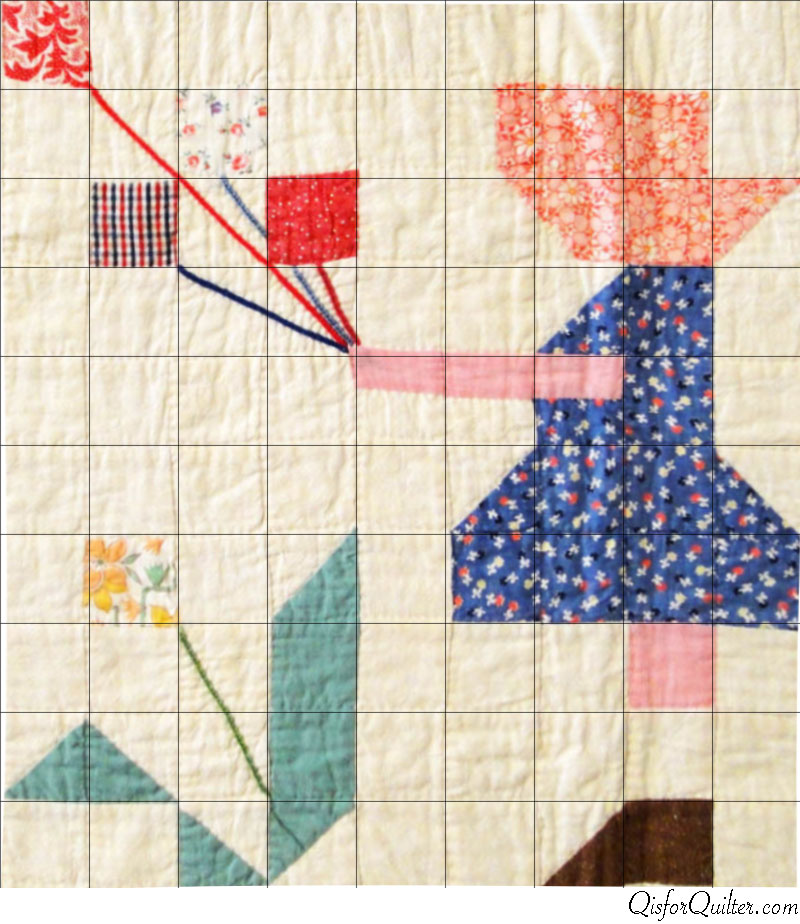 Anyway, here is a pattern that I drew, based on photos of the original design, although I moved the embroidered flower stem a little bit. 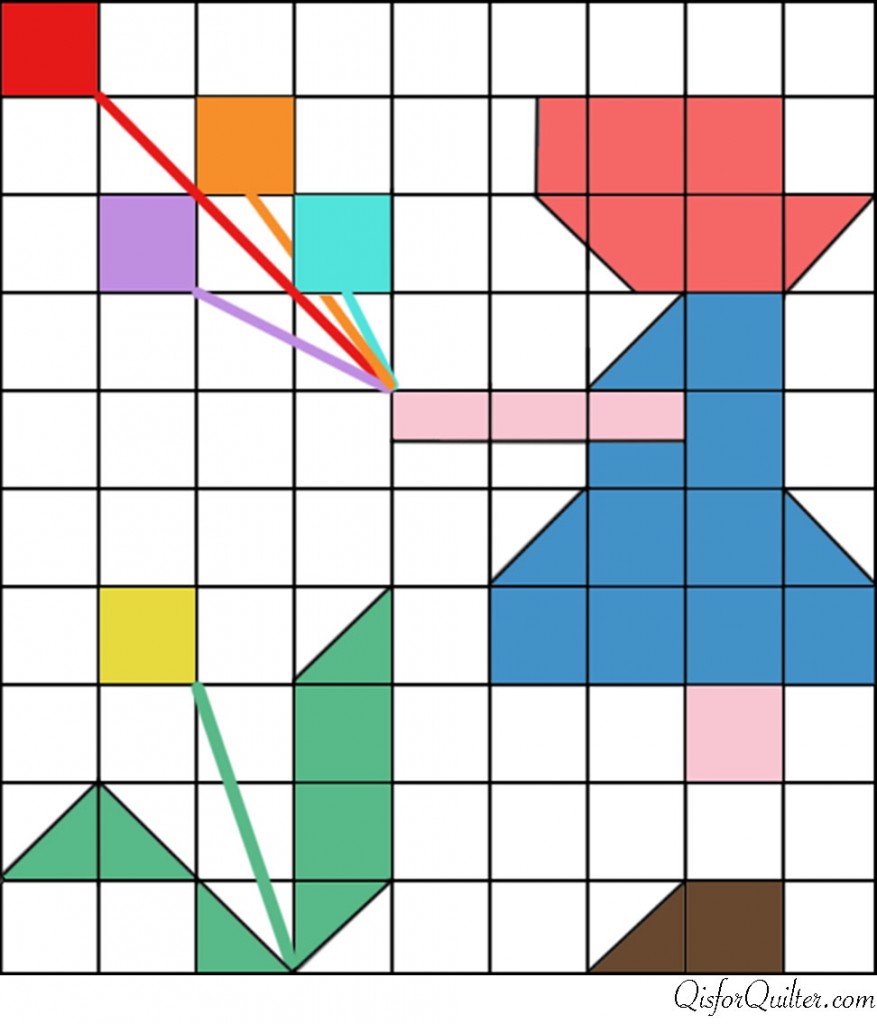 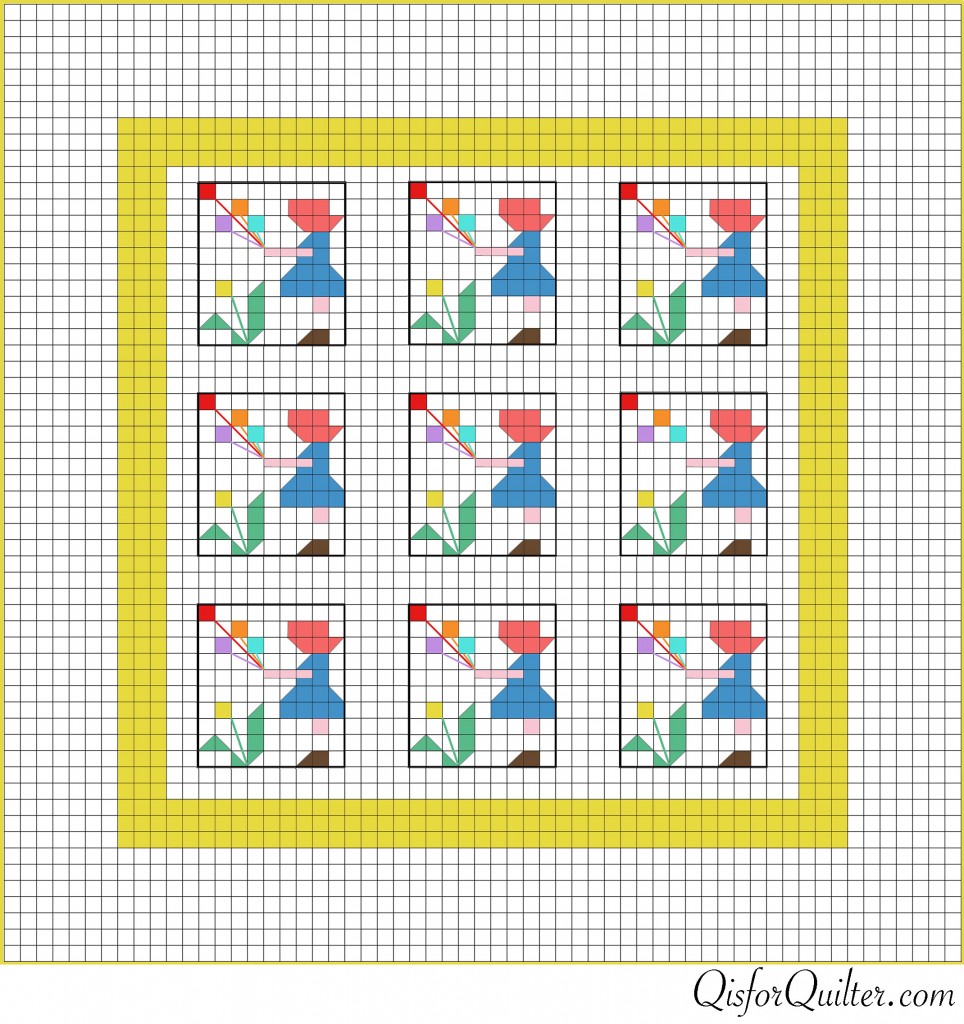 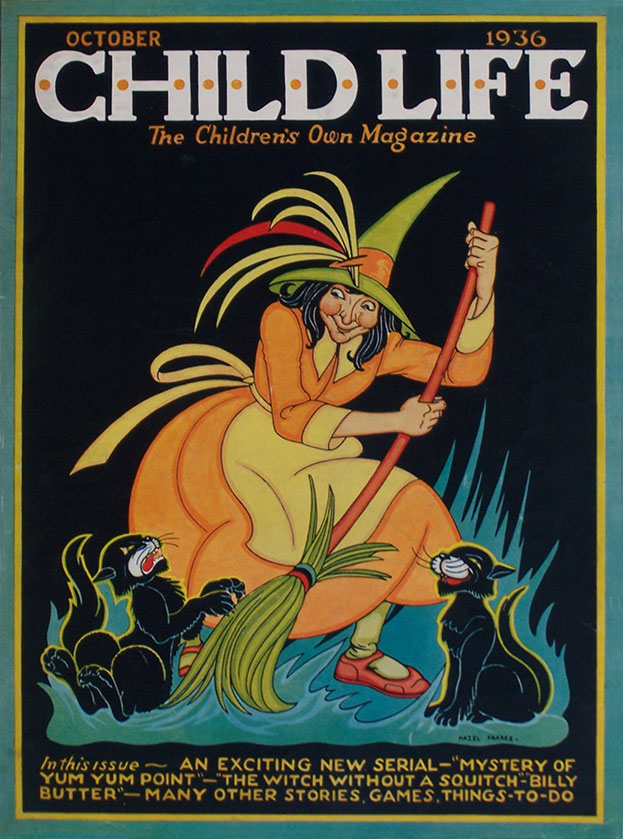 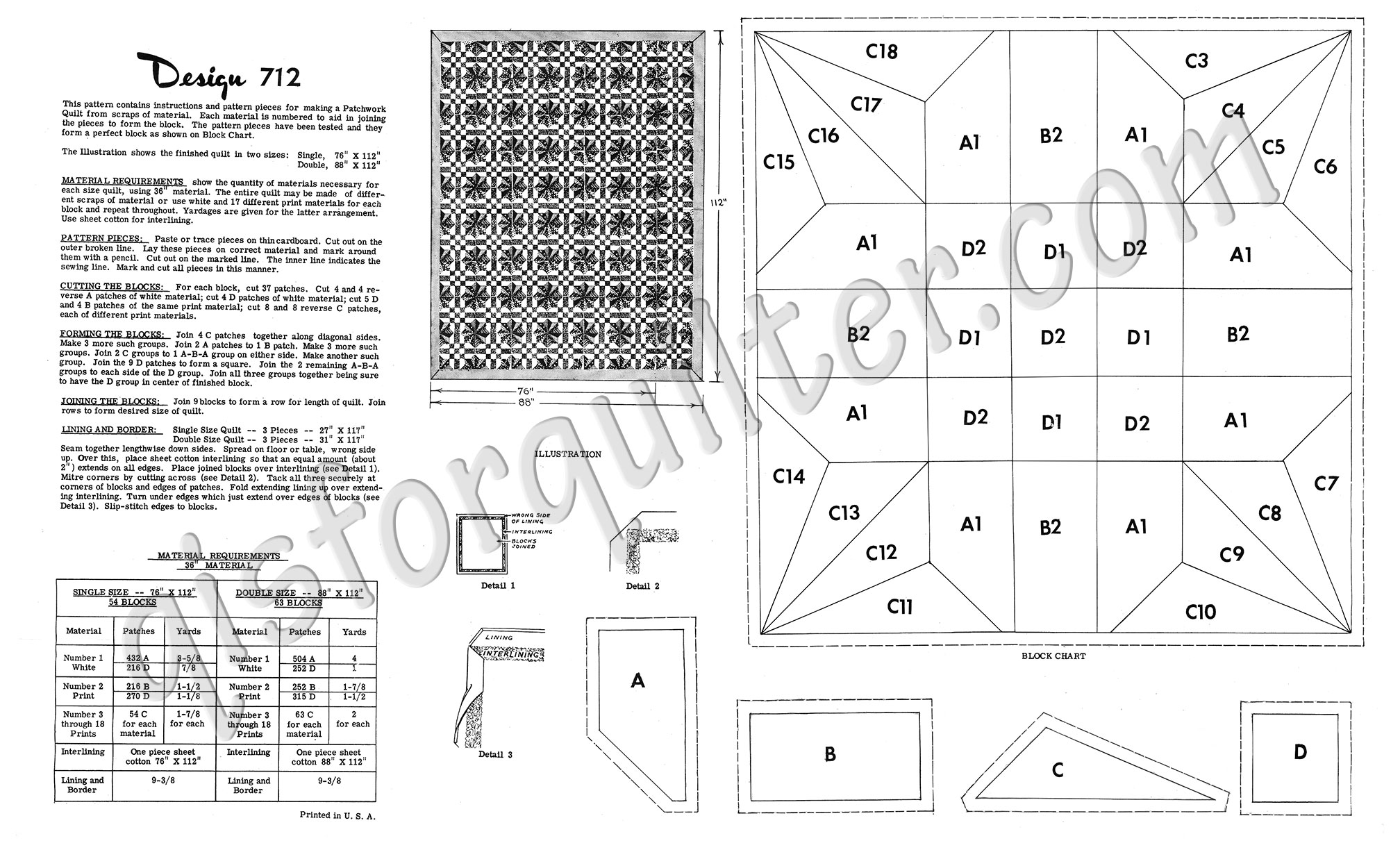