The Brother-Sister Quilts were published as a newspaper series in 1933 by Florence LaGanke, under the pseudonym, Nancy Page Quilt Club.  There are 14 blocks in all, 7 meant for use in the brother’s quilt (with blocks repeated and the tree as a border) and 7 in the sister’s quilt (blocks repeated and the pram as a border).  The second image shows the suggested layout of the brother quilt.

This quilt reminds me a lot of the KC Star Happy Childhood quilt from 1932, which I will post next.  Instead of duplicating blocks on these quilts, I think I would borrow some of the Happy Childhood blocks and also mix up some of the blocks in the brother-sister quilts.  Although a boy might not want dolls on his quilt, any of the brother blocks would also work for a girl.  Click on the gallery images to enlarge. 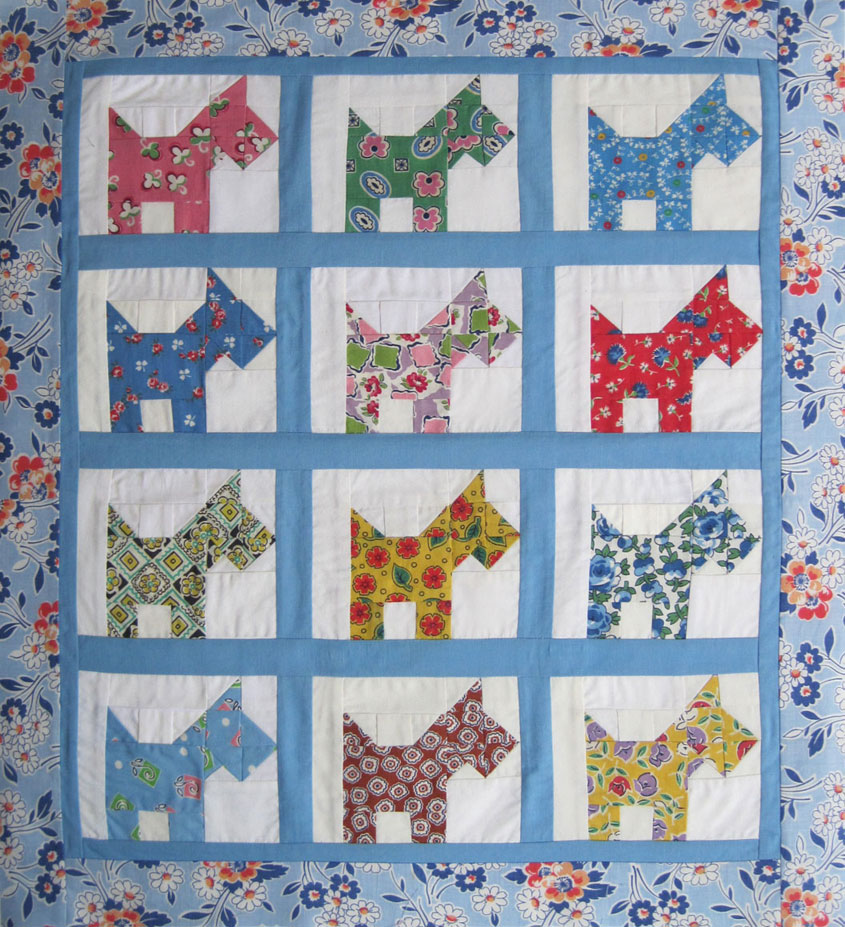 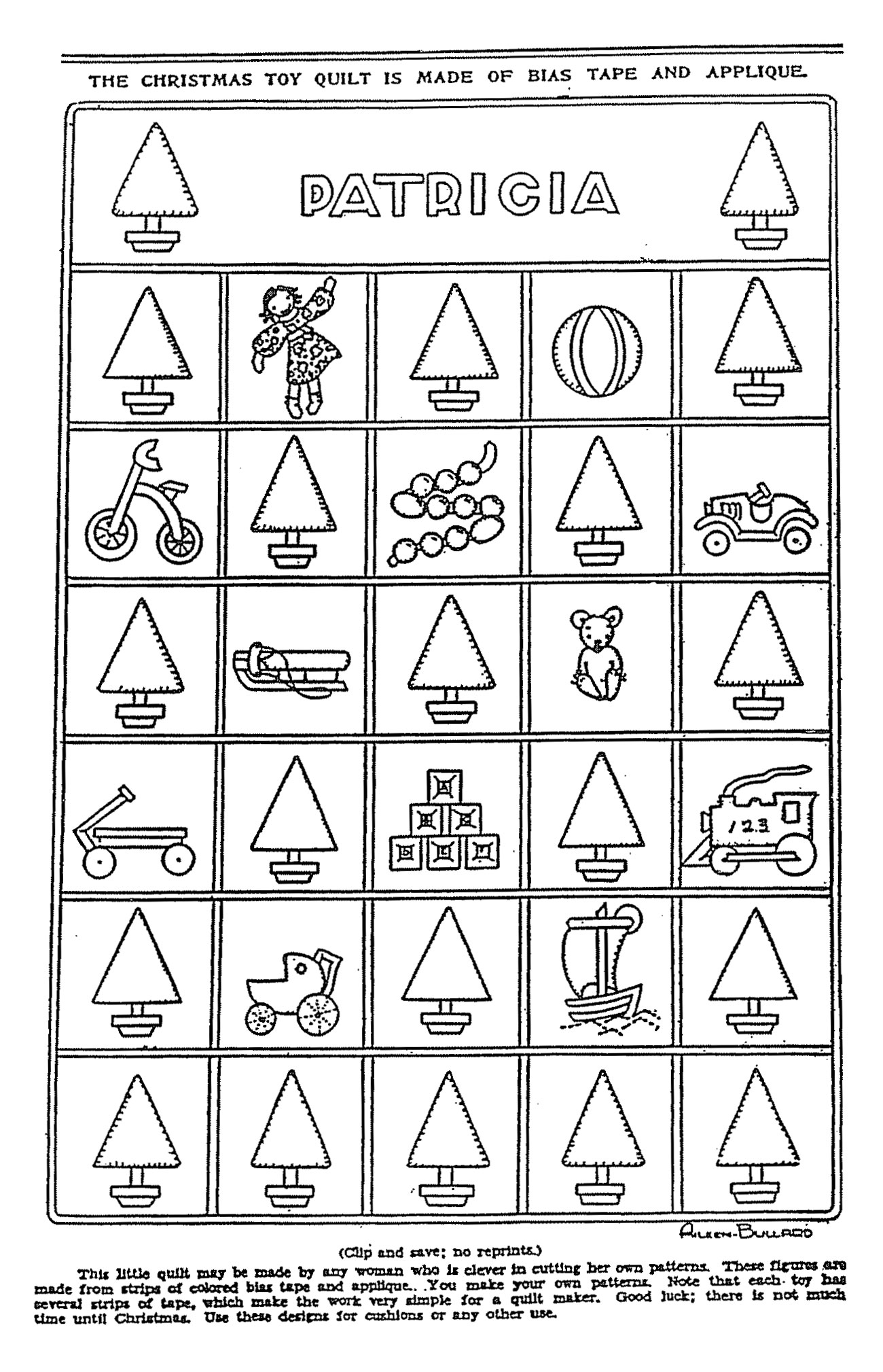