In the 70s, my sister and I tried making drawstring leather purses out of shammies on which we had sewn glass beads in Native American patterns — a project from McCall’s Needlework, I think.  It was tricky to keep the lines of bead work straight, and the design became more and more wonky as we progressed.  Sally finished hers and it was pretty cute — I became frustrated and gave up.

After seeing all the lovely beading in Taos and Santa Fe, I got it in my head to give beading another try.  I thought I might make some of the beaded alphabet letters I posted in 2009, or maybe even another Native American pattern.  It might even be fun to try some of the smaller Anne Orr floral designs.  At home I have an antique Iroquois beaded flat purse from the late 1800s — a gift to my mother from her aunt — and it has lovely beaded flowers on both sides.  I’ll have to take a photo of it when I get home.

There was a great little hole-in-the-wall bead shop in Santa Fe where I found everything I needed.  The store owner, who was very helpful and friendly (as everyone has been on this trip), set me up with beads, a book, needles and thread.  The book was published in the 50s, but it is still in print — she claims it is the best book on the subject.  She also suggested I use size 11 beads which are slightly smaller than the size 10 beads used in all the fake Native American bead work produced in China.  “That way people will know you did it yourself” she said, although I found it hard to tell the difference in the two sizes.

There’s not much stitching happening on this trip yet because the scenery is so breathtaking that I want to spend all my time looking out the window.  I have managed to finish one Alice in Wonderland block and started another, but that’s all. 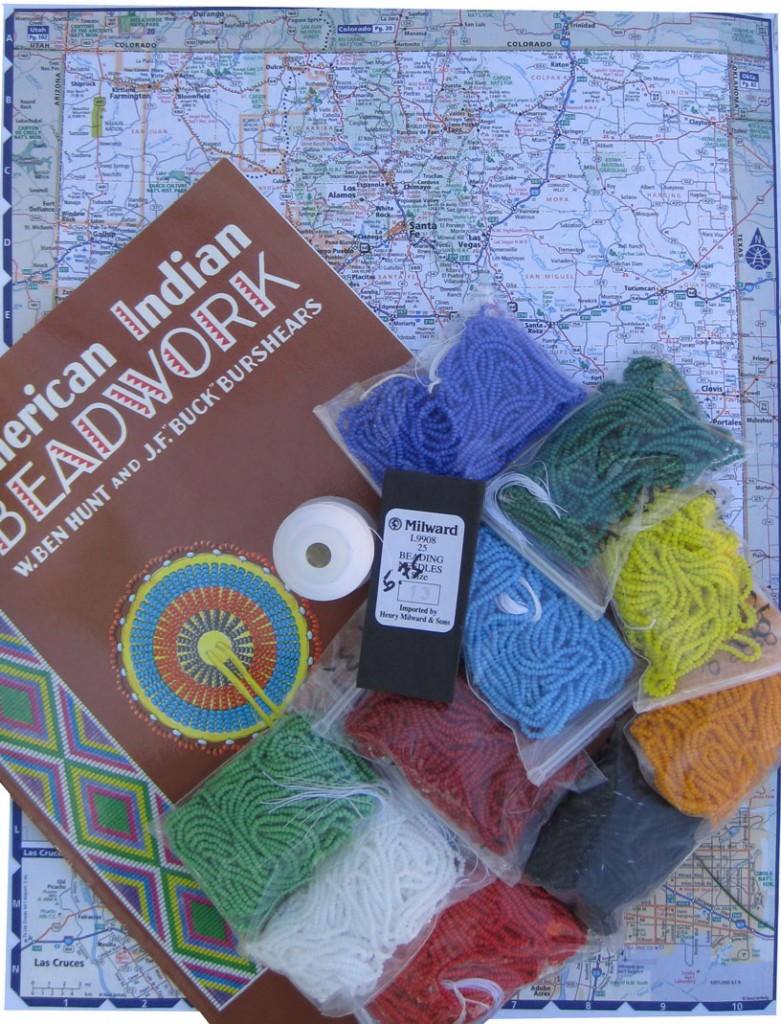 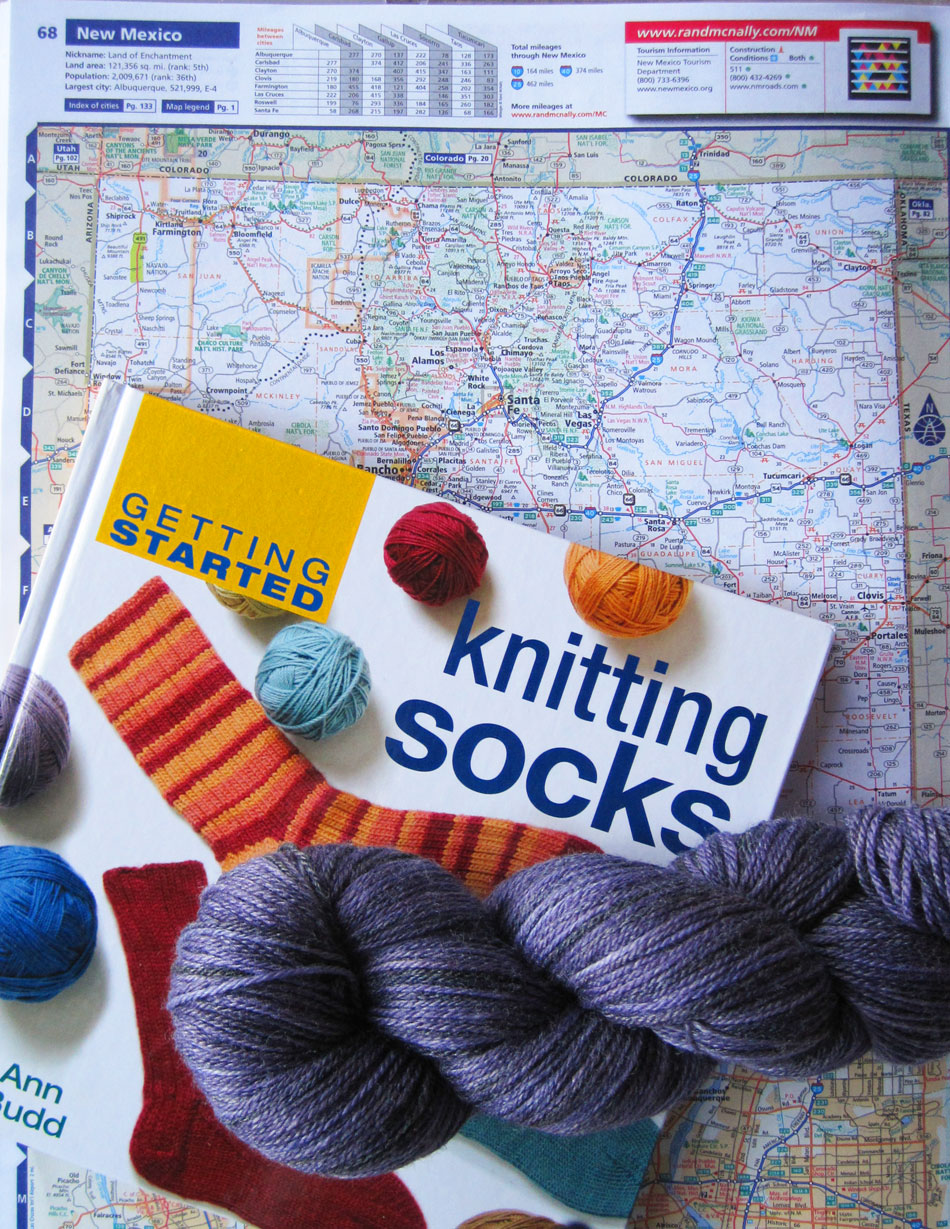 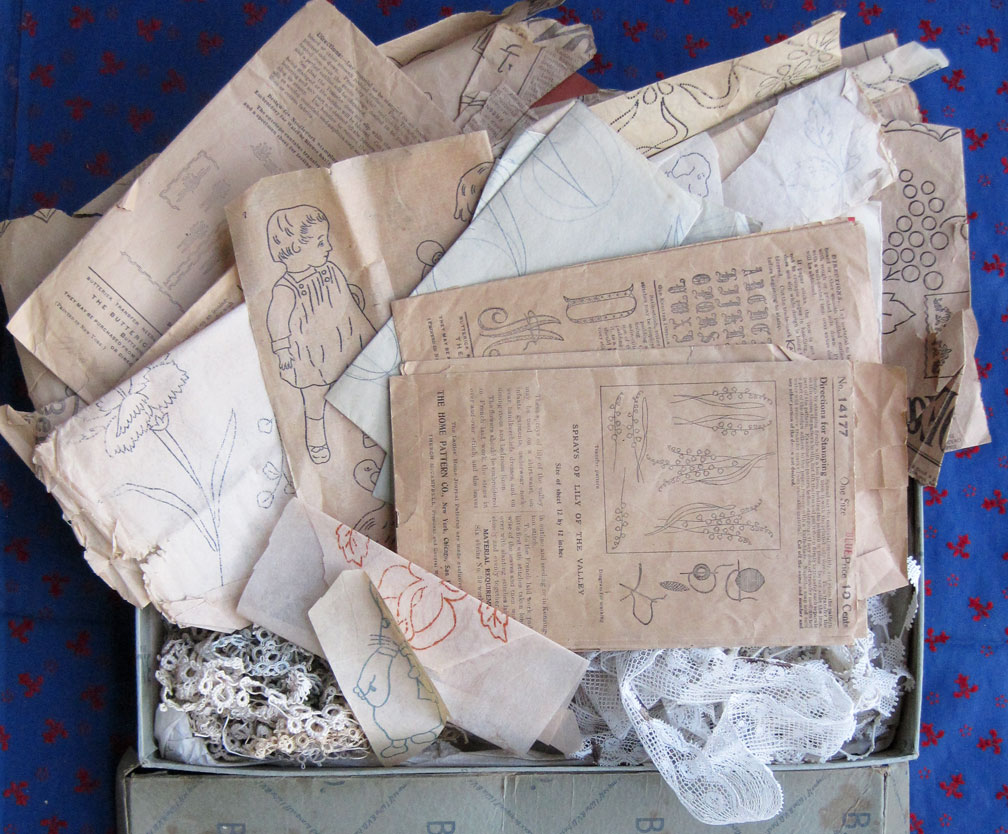