My husband’s aunt, Margaret Elizabeth “Betty” Gray, died in June of last year at the age of 88. Her husband, Connor, was the older brother of Gordon’s father, Gordon, Sr. Betty and Connor built a waterfront home on Mercer Island in the 50’s and lived there until their deaths. Gordon’s parents and grandparents also built homes on Mercer Island — his parents still live in his childhood home.

Betty was accomplished in many areas, including gardening, skiing, sailing and photography. After she died, her son and daughter-in-law gave me some old glass, linens, knitting needles with yarn and this old quilt. The knitting booklets were mostly from the 30’s and the quilt appears to be about that age as well. I don’t think Betty did much needlework, and because she would have been a teenager when these items appear to have been made, I suspect they were stitched by someone else in her family — perhaps Betty’s mother made the quilt for her.

This old Shoofly quilt has been well used. It was made with two solids and two prints (some of the prints are so faded, they are difficult to see, but they look like 30’s designs to me). The piecing and quilting are nicely done, and the quilt is in pretty good condition with the exception of some fabric loss in a few of the pink blocks and consistent fraying on the binding. It’s odd that the blocks on the left have been trimmed down. This might have been done to make the quilt fit a particular bed (although the current proportions look correct to me) or to remove some damage on that edge. The binding is the exact same pink fabric as the blocks, so it doesn’t appear that it was redone — it’s always difficult to guess about these things since the quilter could have saved some of the pink fabric and re-bound the quilt at a later date. The batting is a thin cotton and the backing is the same as the background fabric in the quilt top. 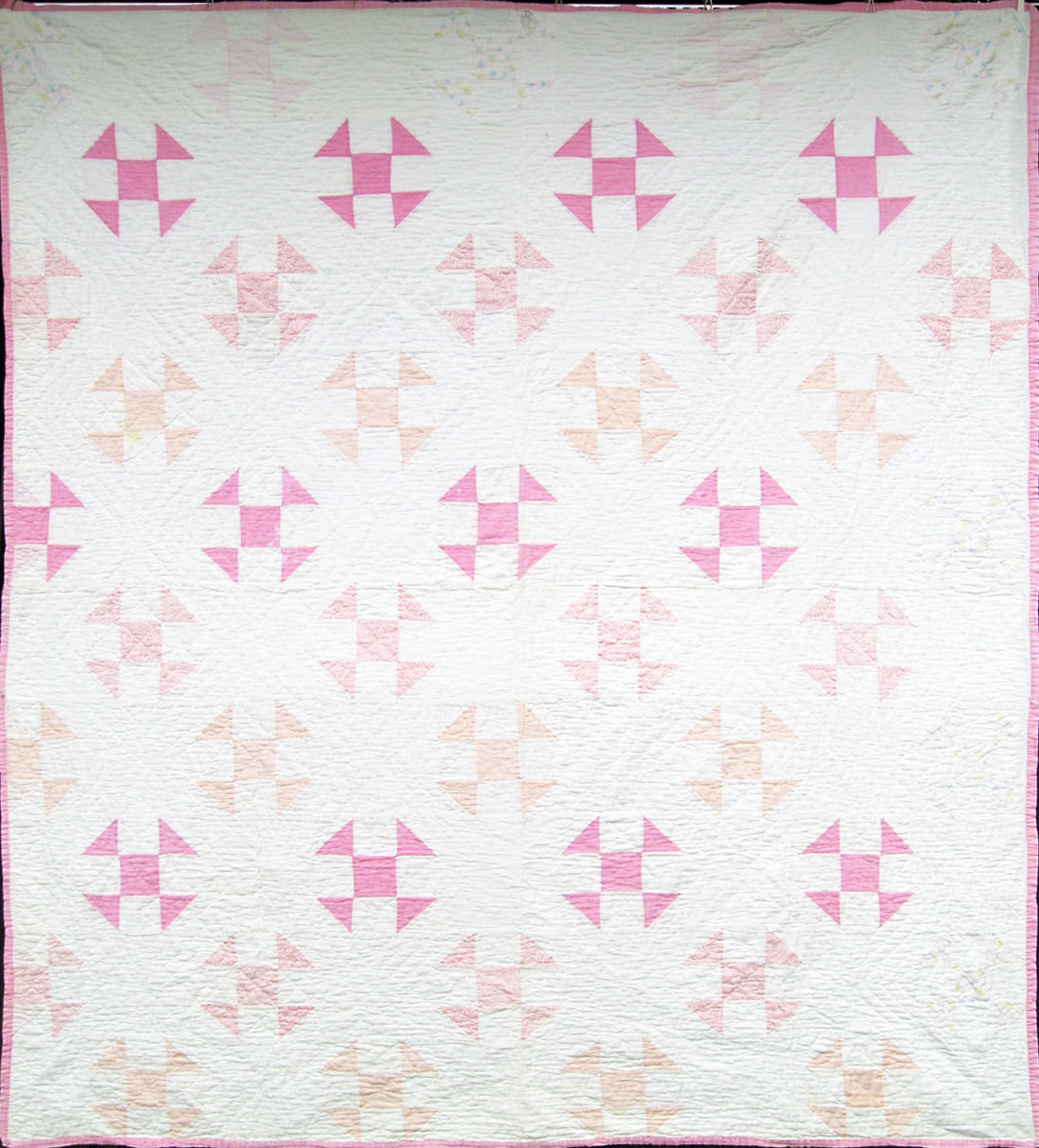 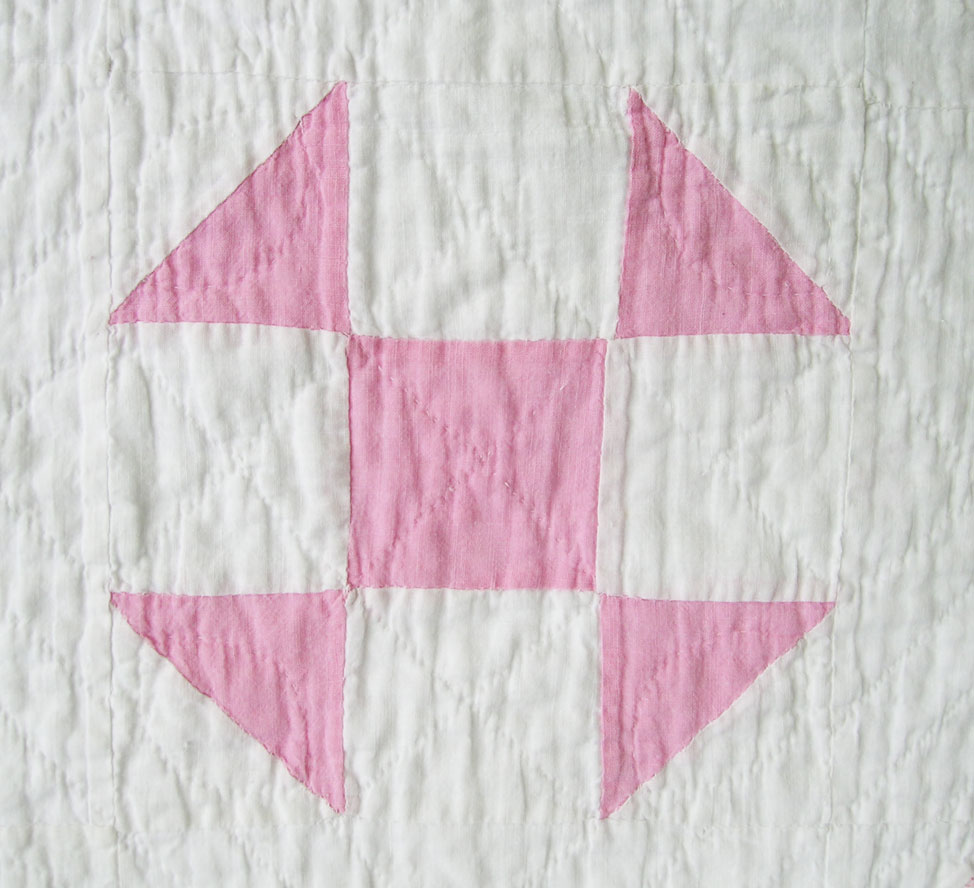 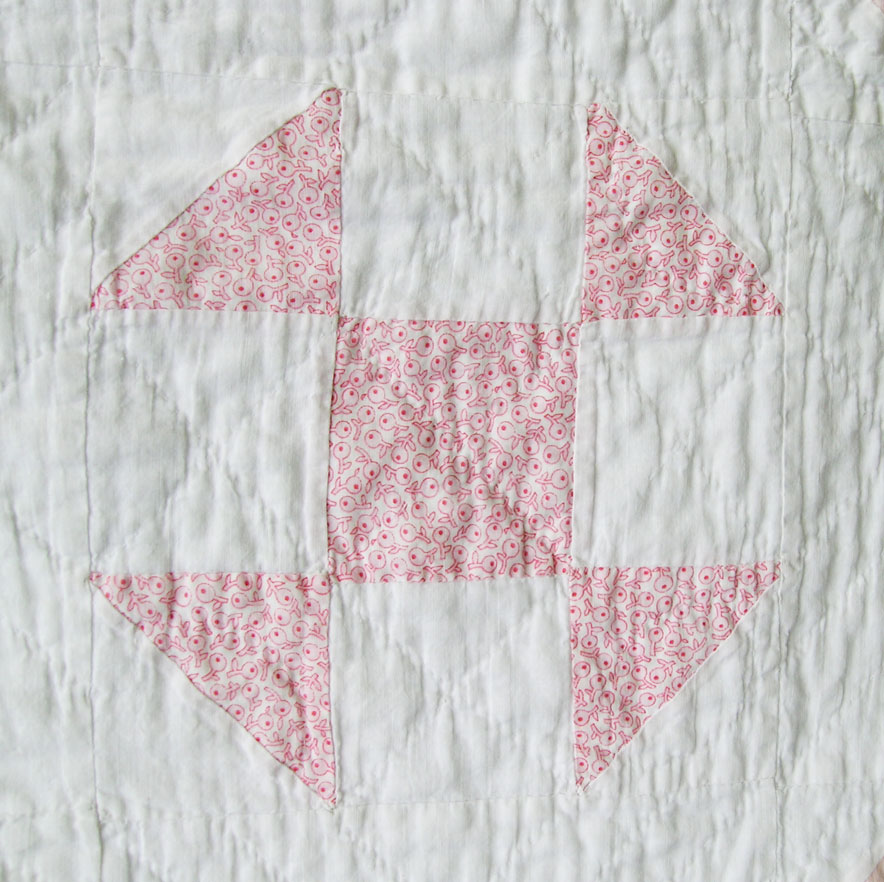 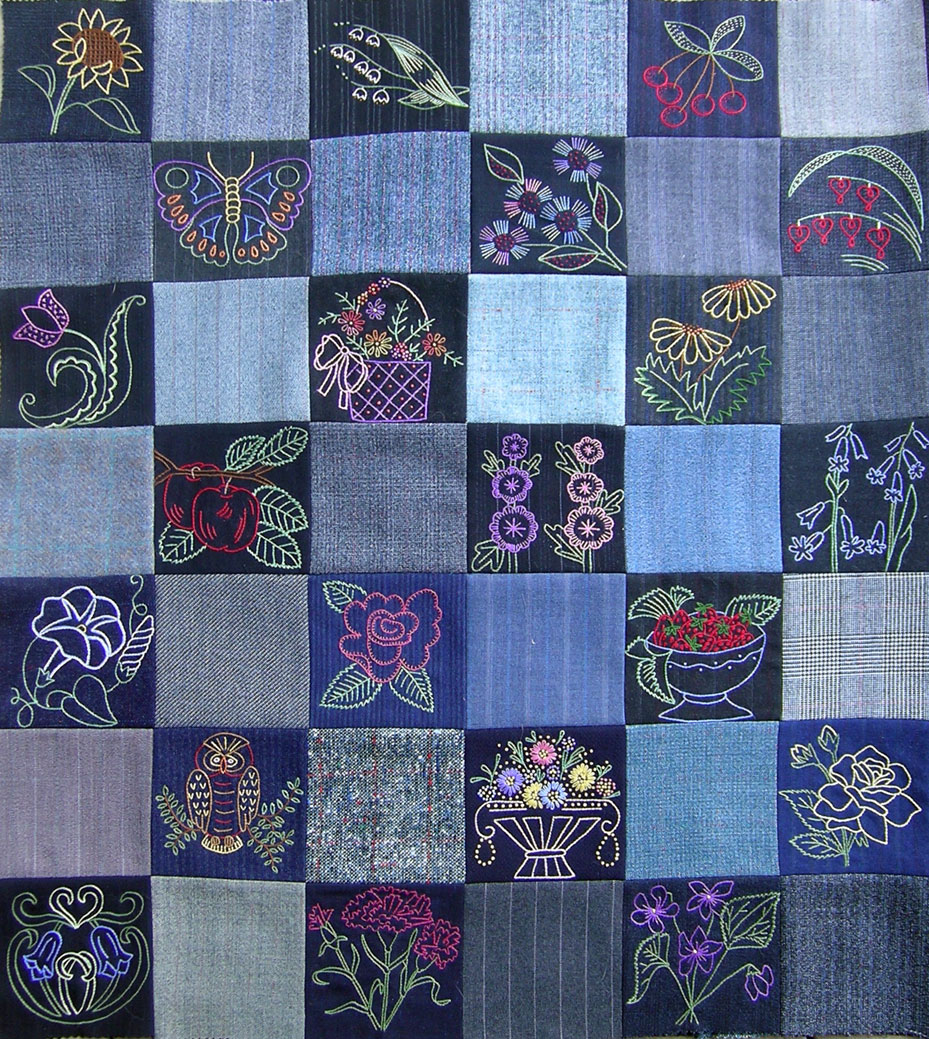 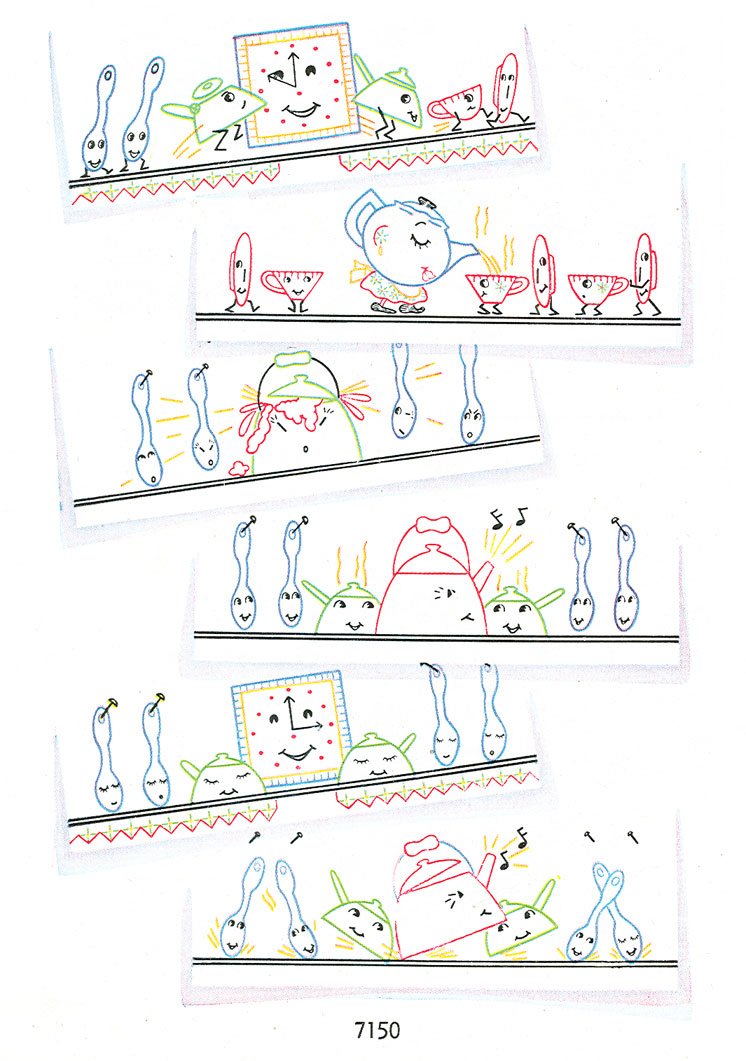