First, I want to thank everyone who made a comment on my New Year’s Resolution post. Your comments confirmed my suspicion that many quilters share this issue of unfinished projects (which was comforting), and also provided me with some great ideas for tackling the problem. I’ll talk more about this in my next post.

Now on to the apron, which I promised would be gender neutral (although it actually isn’t), but at least it’s a lot less girly that the ones I normally make.

Although I have made several aprons with decorator fabric samples, there are two new features in this apron — it is quilted and reversible (his/hers apron?). The smallish striped swatches are from one of 20 sample books I purchased at the Goodwill for $1.49 each, and the reverse side is made with a Brunschwig & Fils large toile sample. The B&F piece wasn’t quite large enough, and the print wasn’t centered, so I added a couple of scraps from the top to one side. I don’t think it’s too noticeable because the print is pretty busy. The binding is a small polkadot print which I hand stitched on the back like a quilt binding, and the ties are cotton twill. All the fabrics are cotton, and the apron has a nice weight to it, so I doubt it will wrinkle.

If you would like to enter this month’s giveaway, just let me know in a comment below. It’s a new year, so if you have previously won an apron, you may enter again. I will use a random number generator to select a winner on Sunday, January 11. 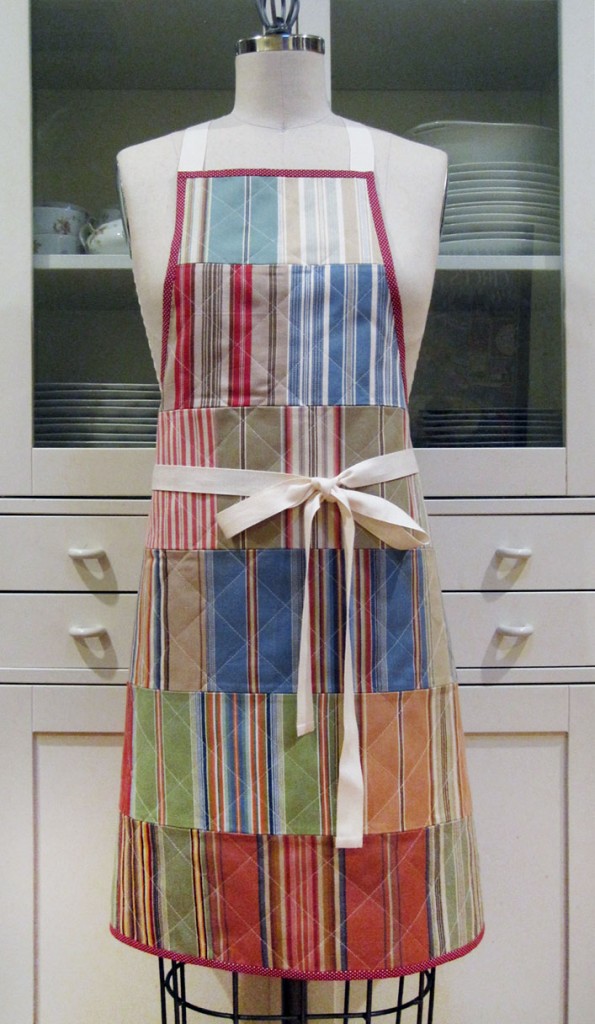 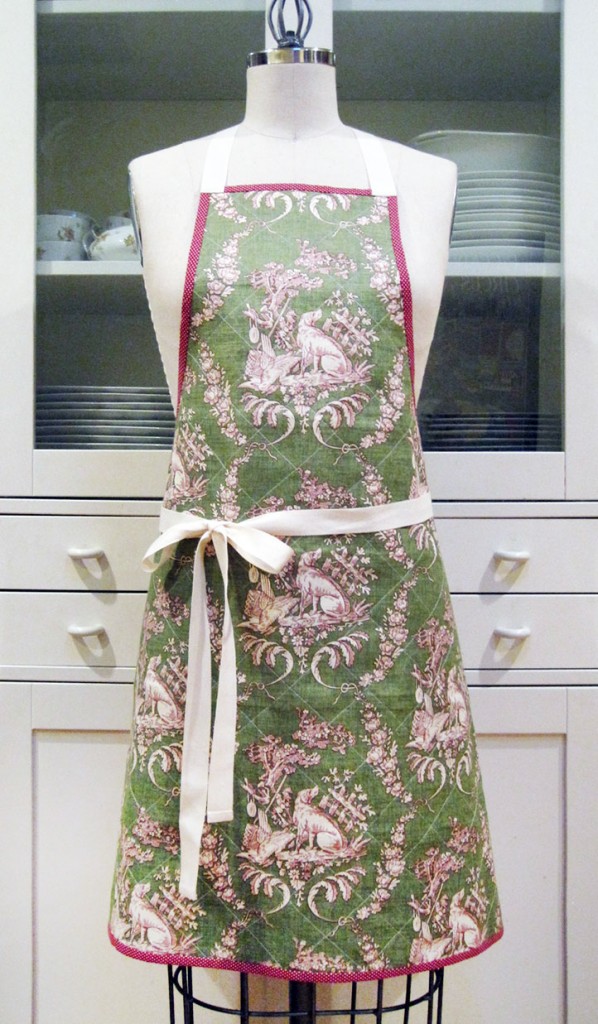 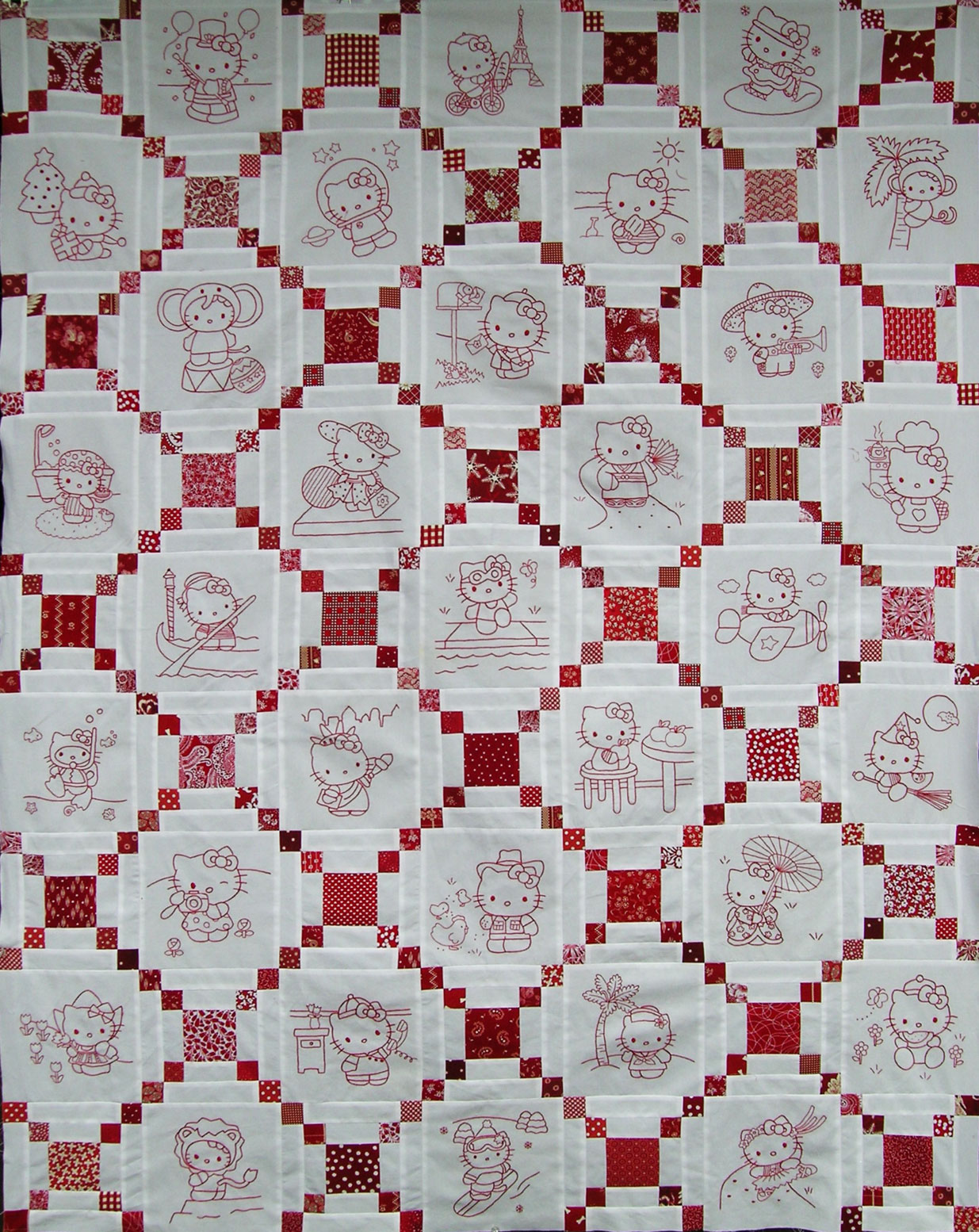 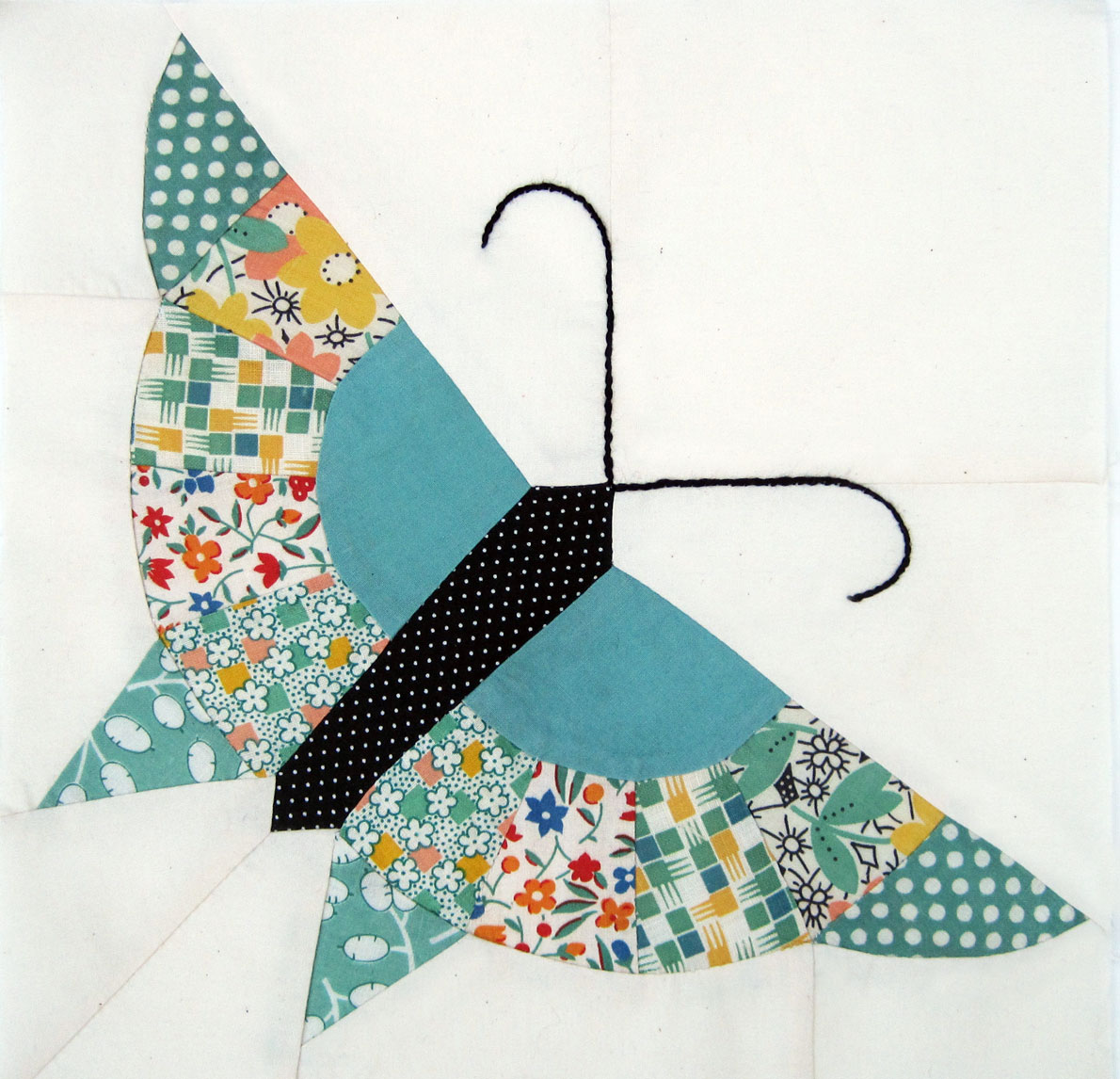