Here is the twin of the peasant girl in Figure 1 —  this twin has braids and a different dress.  I enjoy reading these old instructions because they are written in a very quaint style — lots of adjectives and arcane expressions.  “Nancy” tells you how to use a “modified fly stitch” for the scallops (not that easy without illustrations), and she refers to the girl’s “collar or fichu.”  I’d never heard of a fichu, but there it was on Wikipedia:

A fichu is a large, square kerchief worn by women to fill in the low neckline of a bodice. It originated in the United Kingdom in the 18th century and remained popular there and in France through the 19th with many variations, as well as in the United States. The fichu was generally of linen fabric and was folded diagonally into a triangle and tied, pinned, or tucked into the bodice in front.

and that’s precisely what she’s wearing.  I love Wikipedia.  Tomorrow the peasant man “who beams a merry smile.” 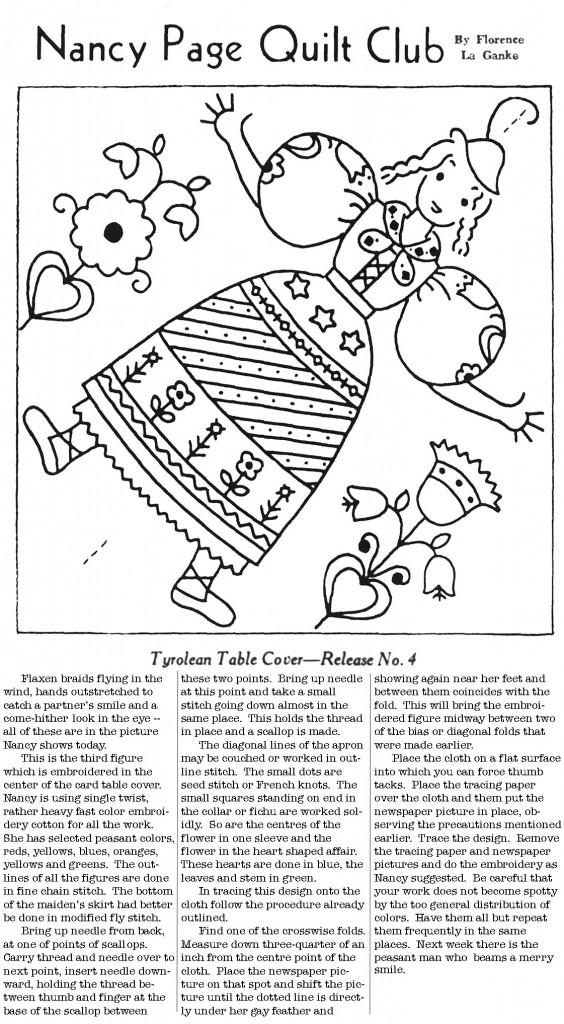 links to other posts in this series:
Introduction, Figure 1 (girl), Figure 2 (boy), and Figure 4 (boy) 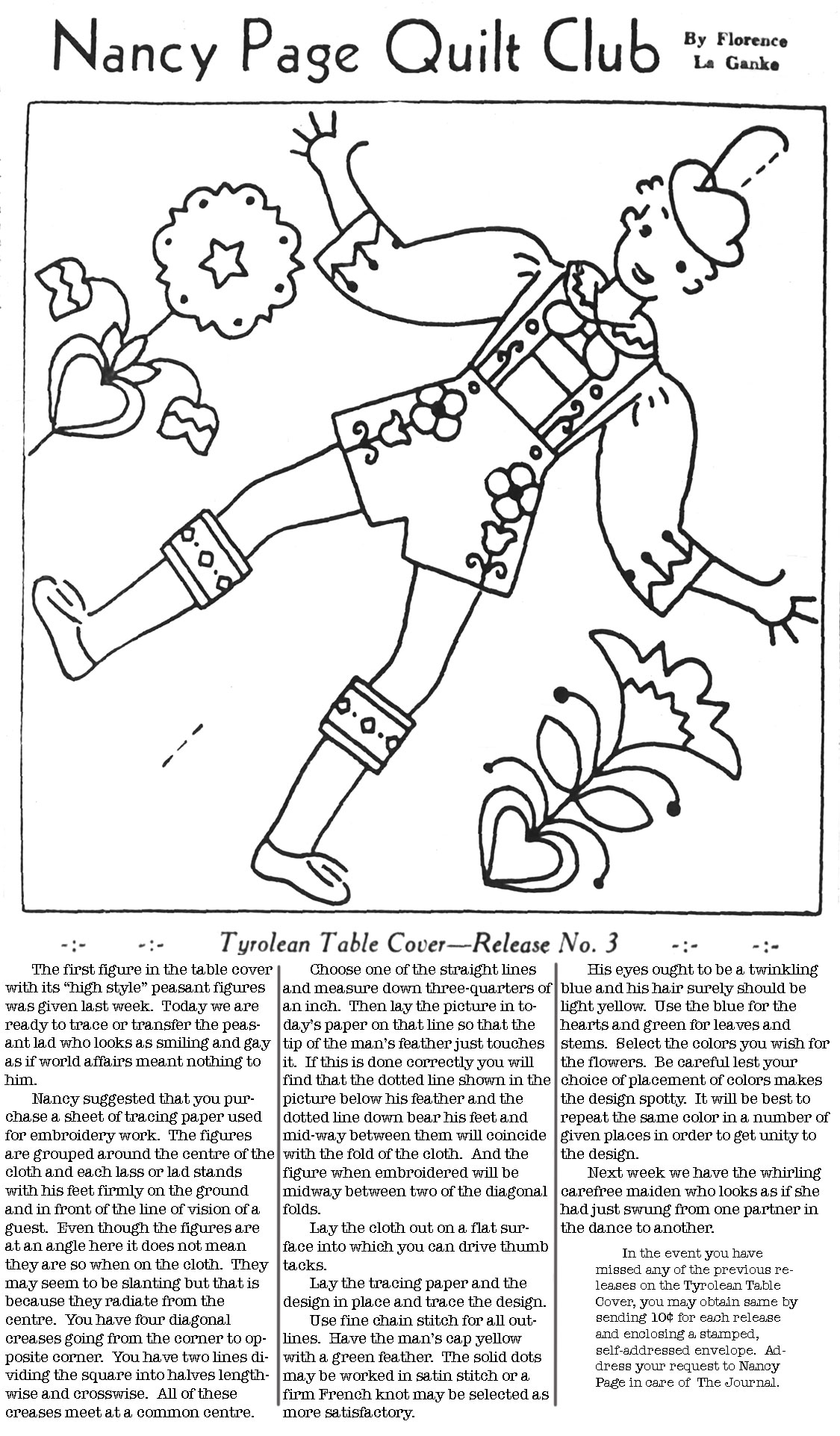 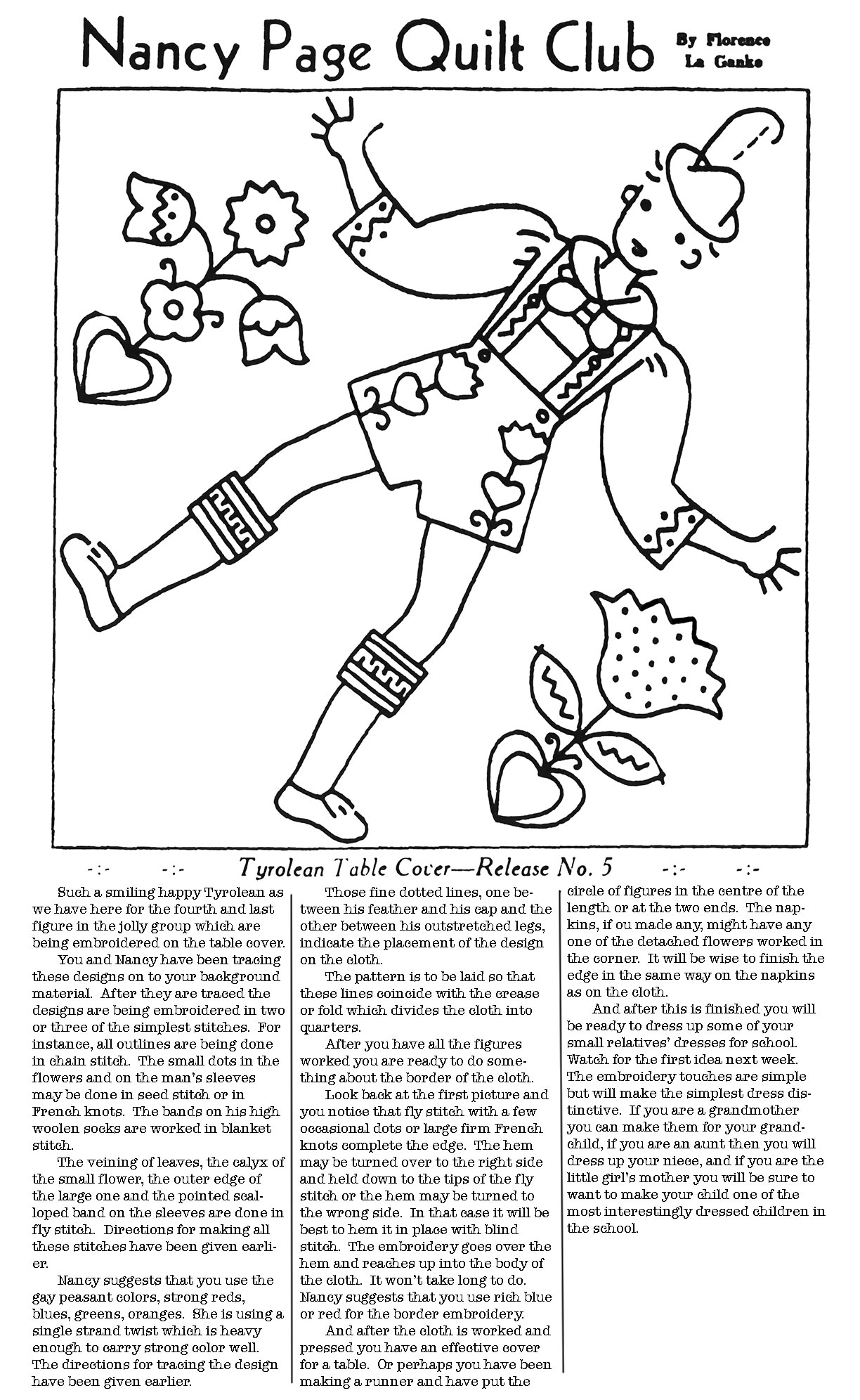