The elephant was finished several days ago, but I have been busy pressing, drawing, cutting and sorting a gazillion little vintage triangles for the sashing strips.  Although I had settled on the pinwheel pattern, I tried several different versions — all prints, scrappy prints & white, scrappy prints & solids — but finally decided on the prints with white, but with each pinwheel having it’s own color scheme.  Because of the size of my triangles, I was forced to make the ABC blocks larger than I originally wanted — 3 pinwheels was too small, but 4 was a little big and left a lot of white around the embroidered block.  I could have cut down the triangles, but they’re already pretty small.  The quilt will end up a twin size rather than crib and I’ll just have to do some nice quilting in the white areas. 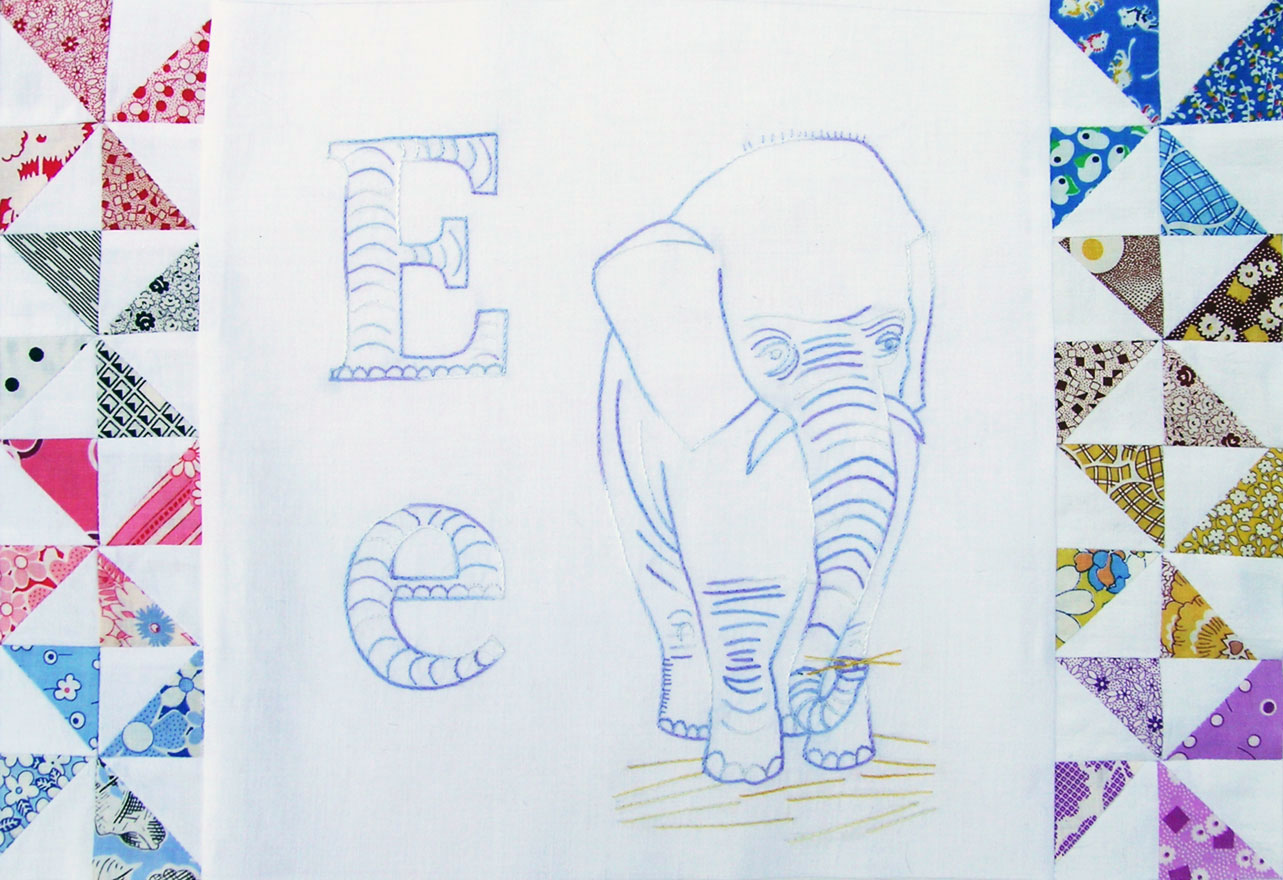 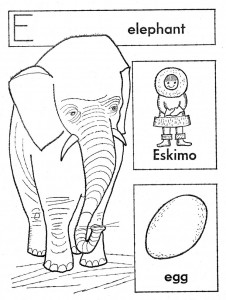 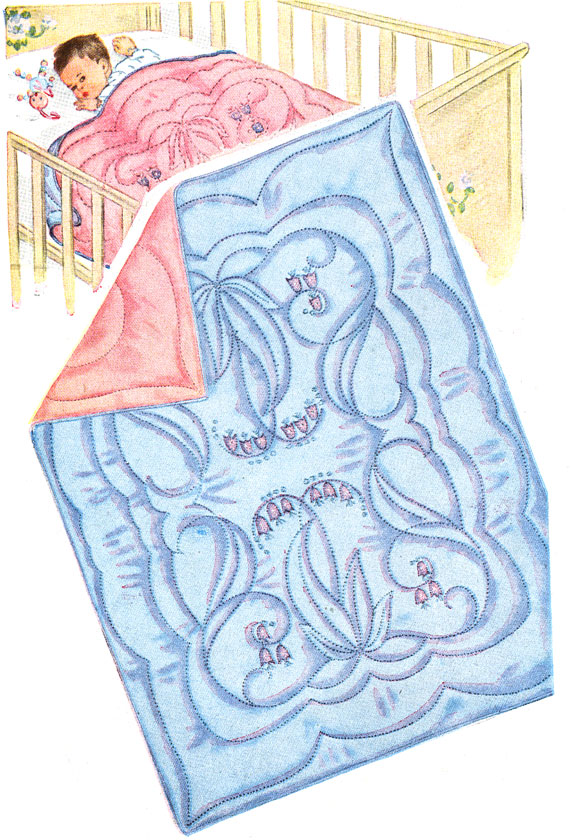 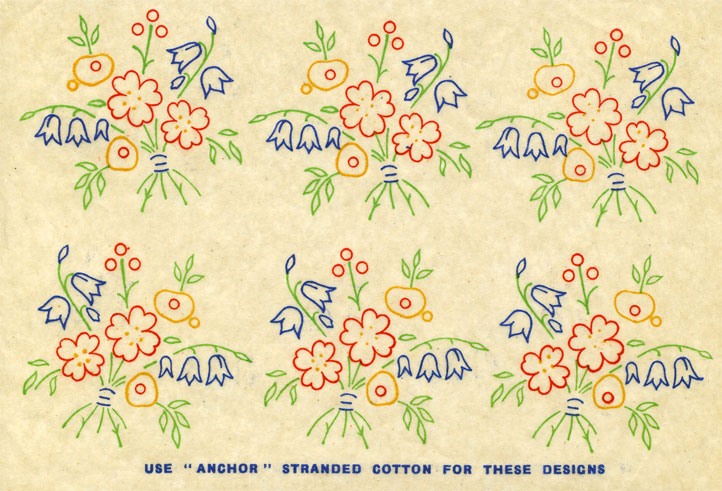