This pattern was called “Rock Garden” because the instructions called for gray yarn between the granny-type flower motifs. I think the gray looks good in the magazine, and I’m not sure why I decided to use an off-white instead. Mine doesn’t really look much like a rock garden.

I made this in 1977 and I ended up spending a lot more money on yarn than I anticipated. The project began because I had some skeins of Persian wool tapestry yarn that I think someone gave me. I made a few motifs and liked the way they looked, so when I ran out of that yarn, I bought a few more skeins. Each little skein (which cost about $1.00) was just enough yarn to make one motif. Of course, I had to crochet 182 of those motifs to make the afghan, but it didn’t seem that bad since I would only buy a dozen or so at a time.  I had a lot of fun changing the colors around in the motifs — that’s why mine looks scrappier than the original.  After completing all of the flowers with tapestry yarn, I decided to use a more economical wool knitting worsted to crochet them together.

I like the way it looks, mainly because it has so many different colors of yarn.  Although the afghan is very warm, it’s not particularly soft and also it’s extremely heavy. Probably nobody has ever thought about making an afghan out of tapestry yarn, but I wouldn’t advise it.  A link to the instructions is provided below. 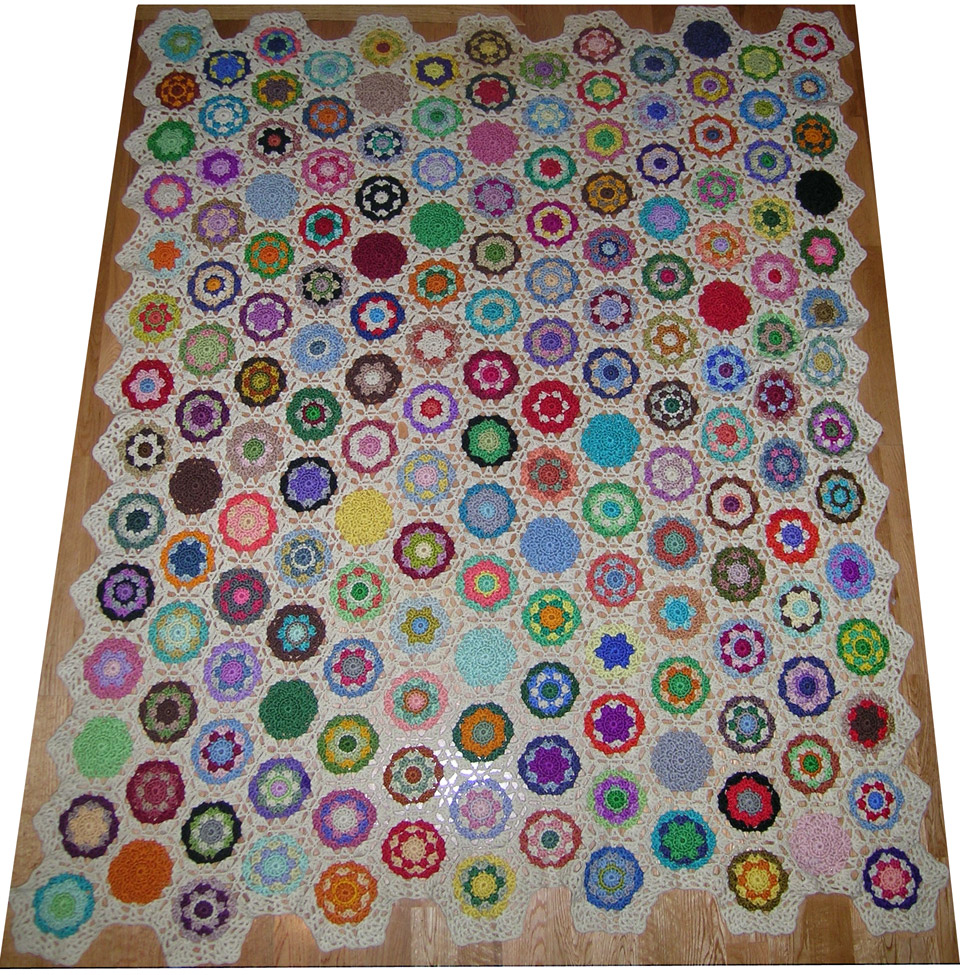 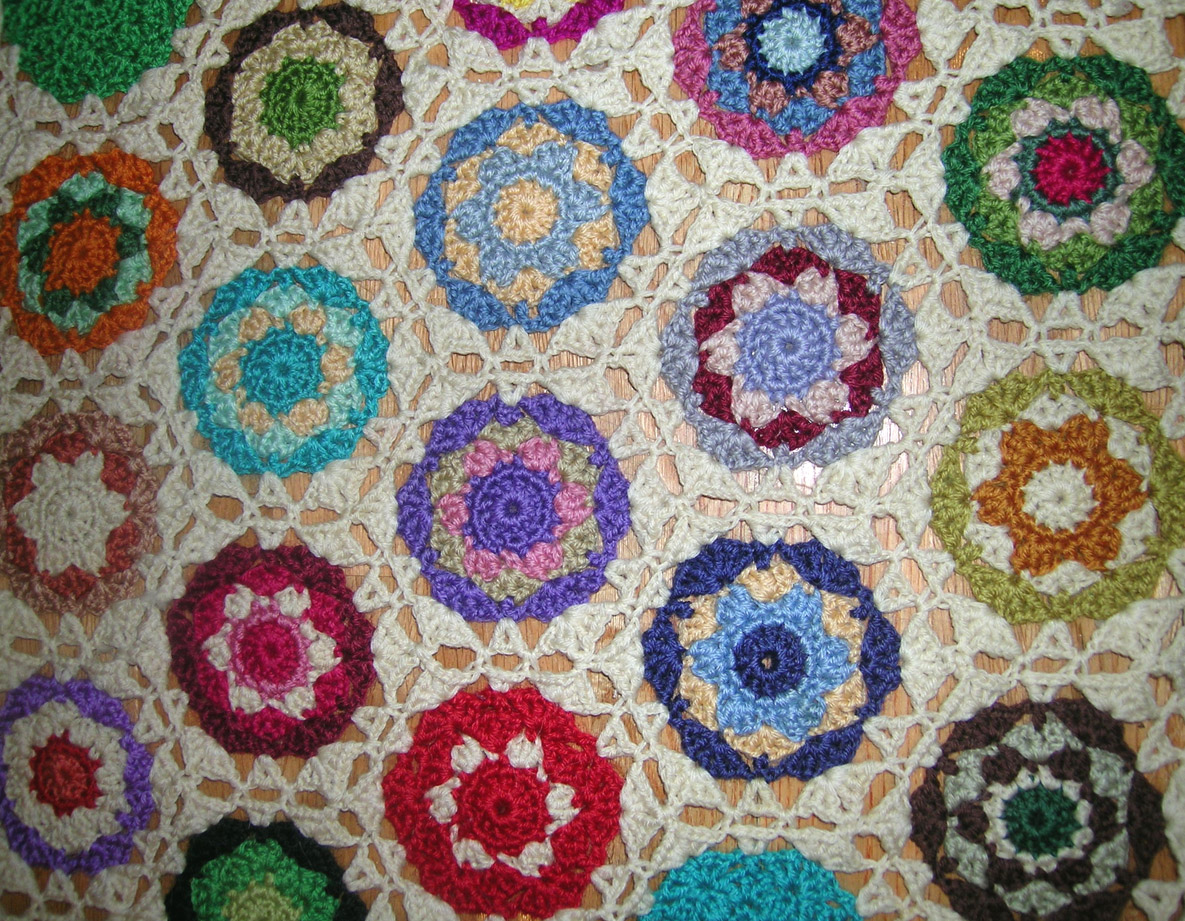 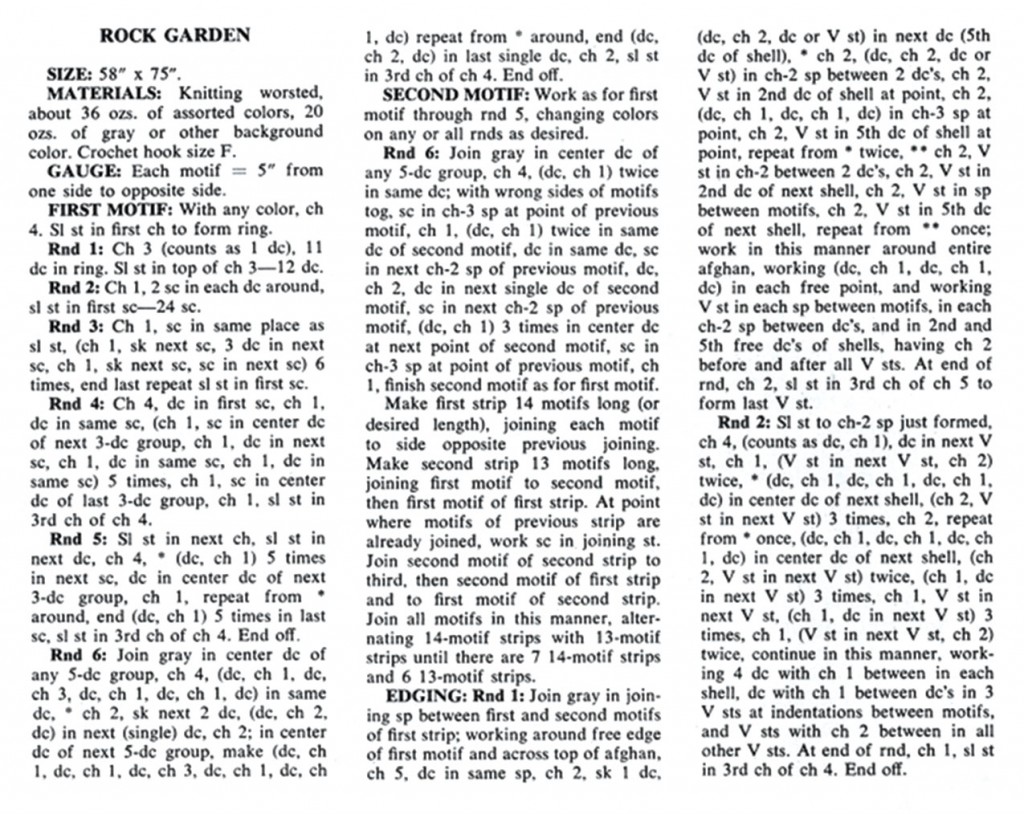 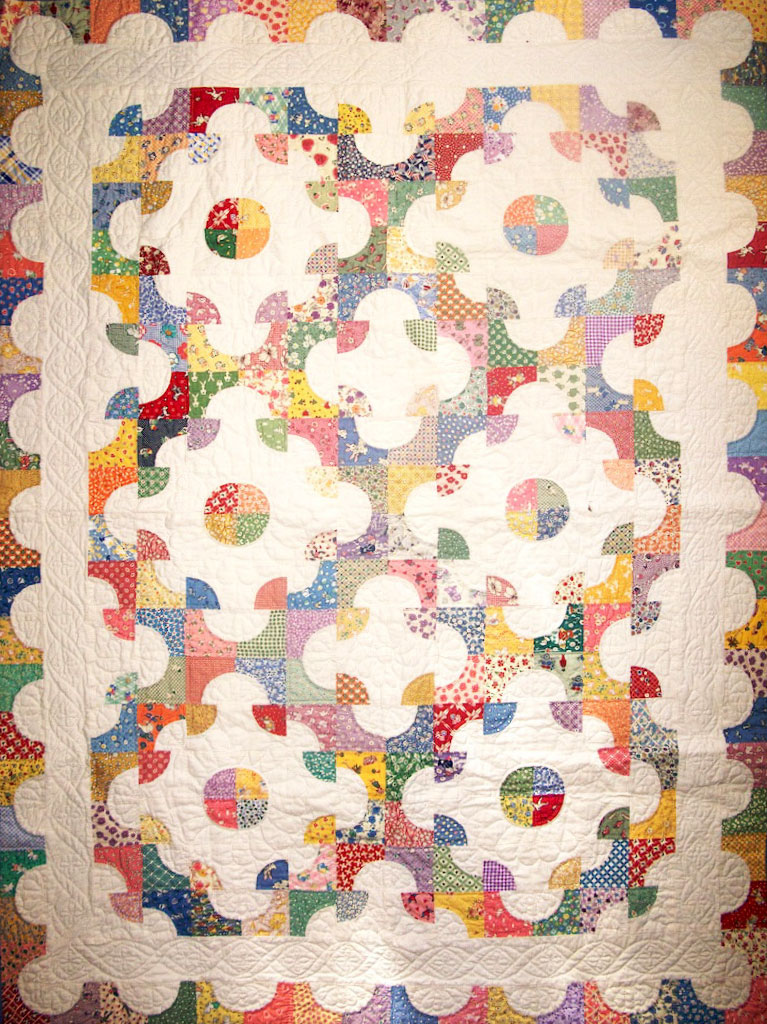 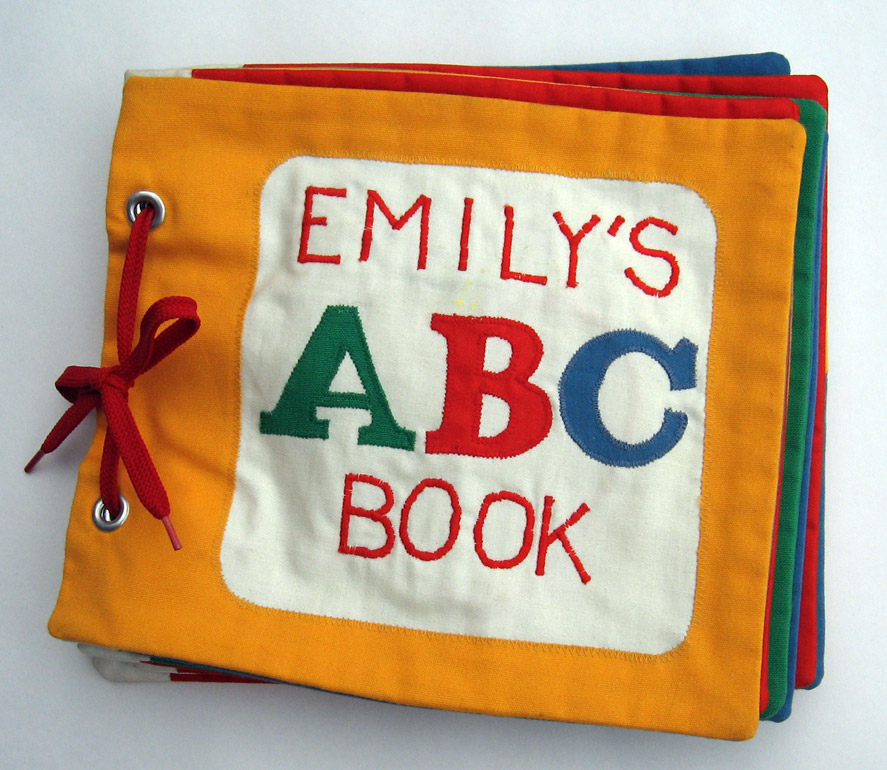