As a little break from quilting the String Star quilt, I decided to make a small quilt with some vintage plaid blocks I purchased last year from Oodles and Oodles. Each block was composed of just two triangles sewn together. I know the triangles were taken from a salesmen sample book because the plaids were all slightly different, the edges were pinked, and there was a tiny bit of glue residue on one side. Barbara had warned me that some of the pieces were thinner than quilting cotton, but that problem was solved with some iron-on sheer-weight interfacing, which I applied to the lighter weight triangles before I cut them out.

I knew I was going to have to use some additional solid fabric to make the quilt throw-sized, and that was actually just fine, because I’ve been wanting to use the perle cotton assortment I received for Christmas. The fronds are quilted in 10 different colors of perle, and the geese are quilted with vintage linen thread. The small triangles in the geese were cut from a stack of reproduction shirtings, so it’s an odd combination of 1950s and civil war, but I think it works.

As I’ve been quilting these fronds and the feathers on the String Star quilt, I am definitely rethinking my whole approach to setting scrappy quilts. I have always preferred busier designs, but now I’m remembering that solid spaces and alternate blocks are a great way to add more elaborate quilting, which is not only pretty, but so much easier to stitch since you’re not dealing with all those seams. And hey, if your fronds don’t quite fit the space, you can just randomly add a few extra leaves to some of them. That’s what I say. 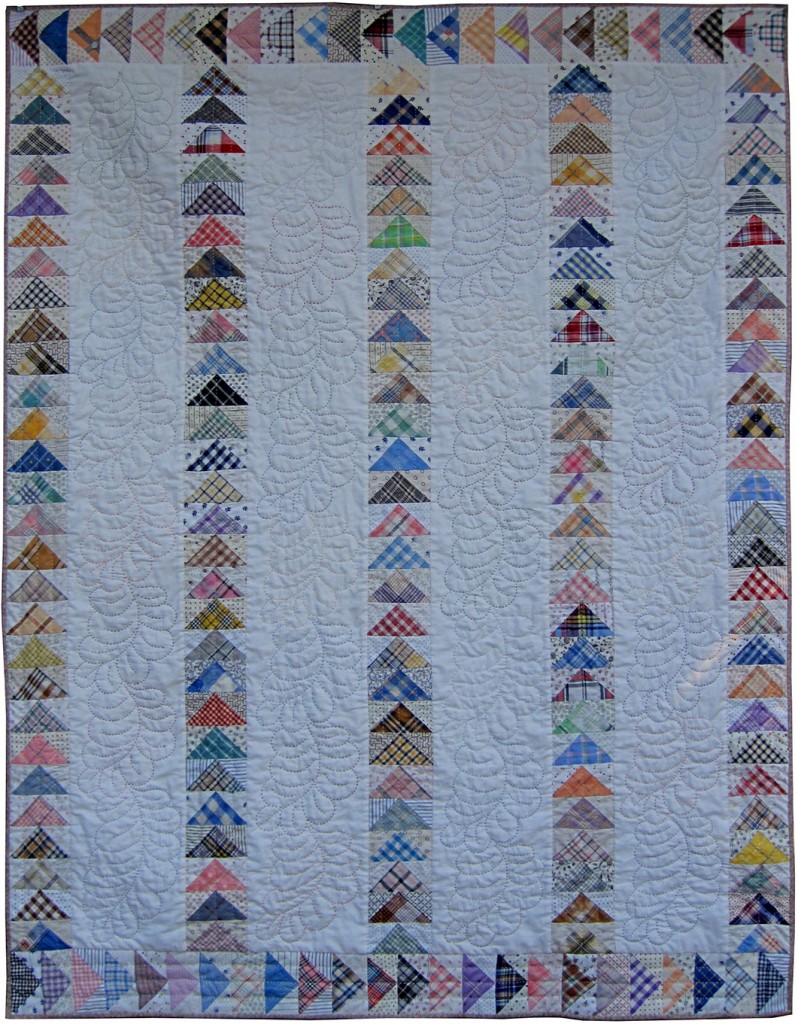 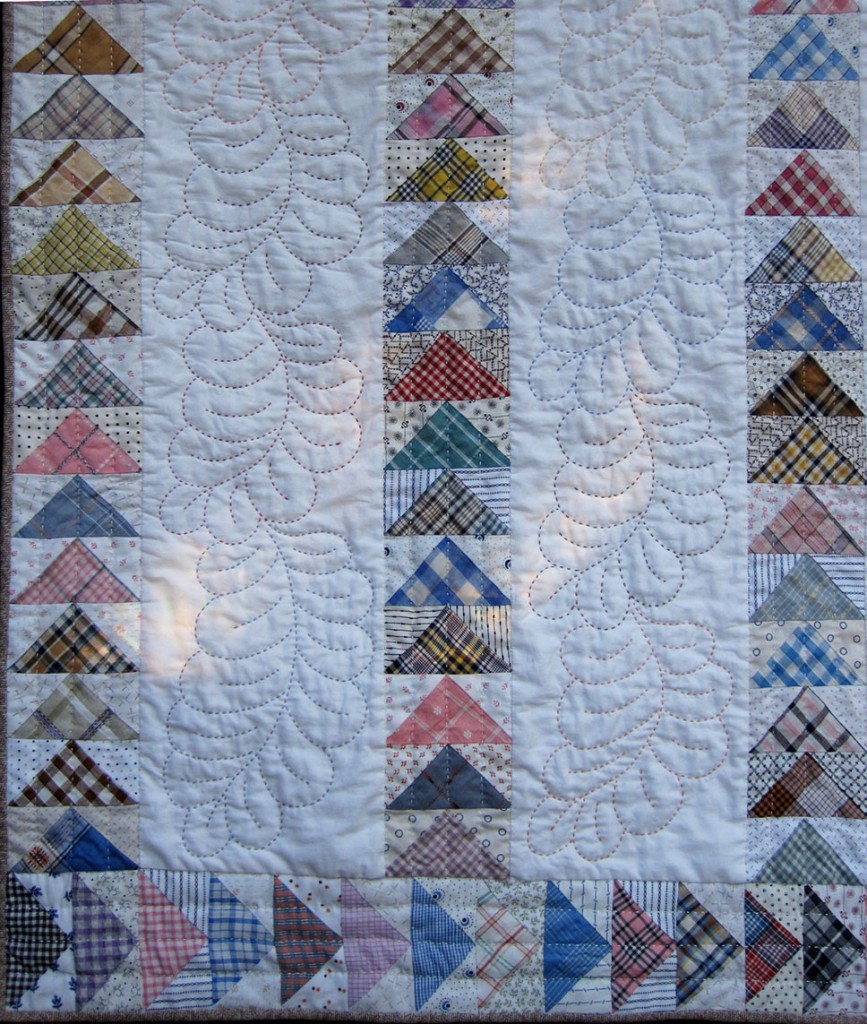 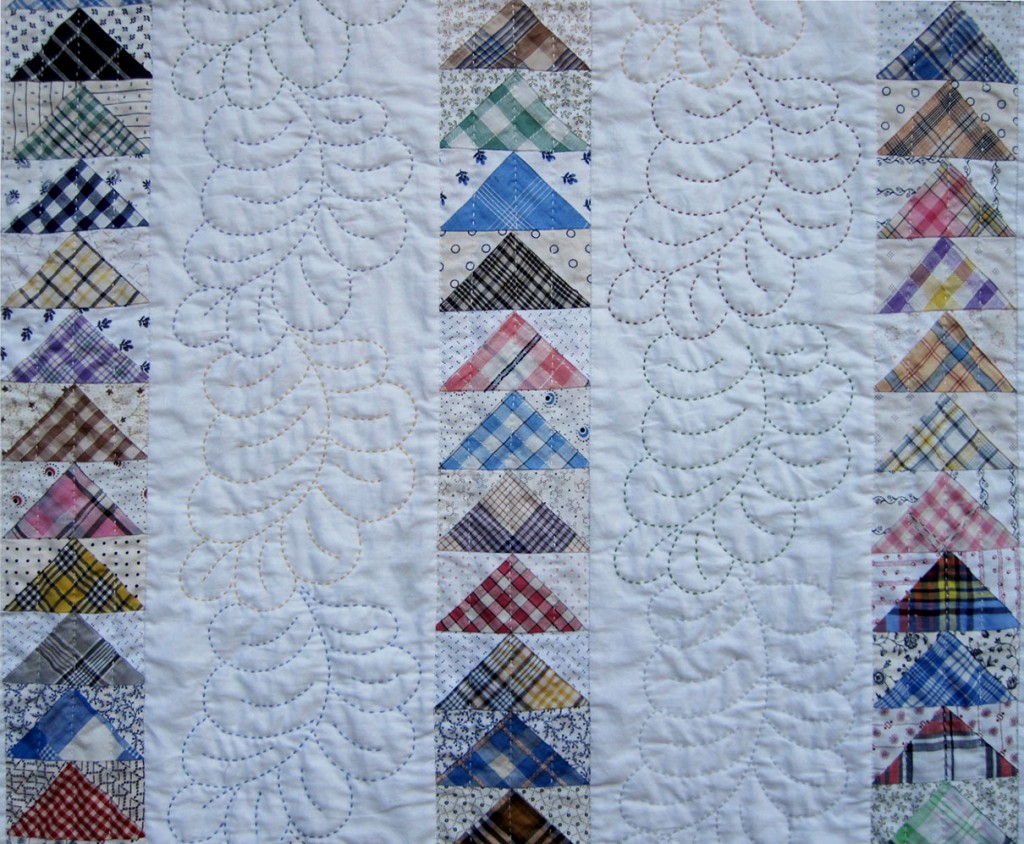 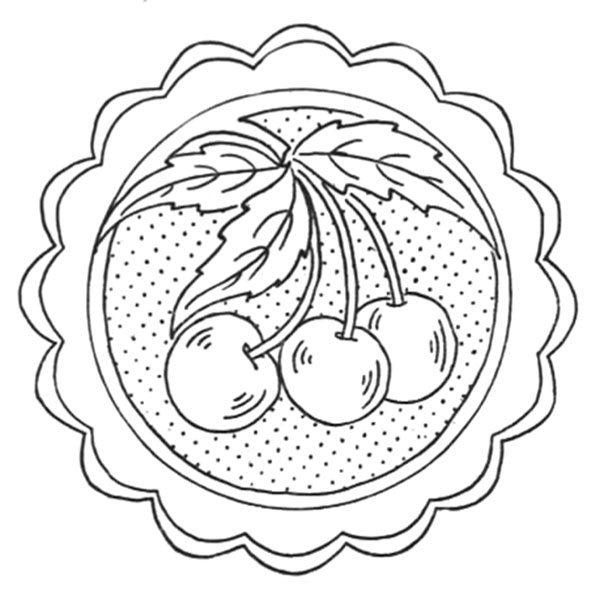 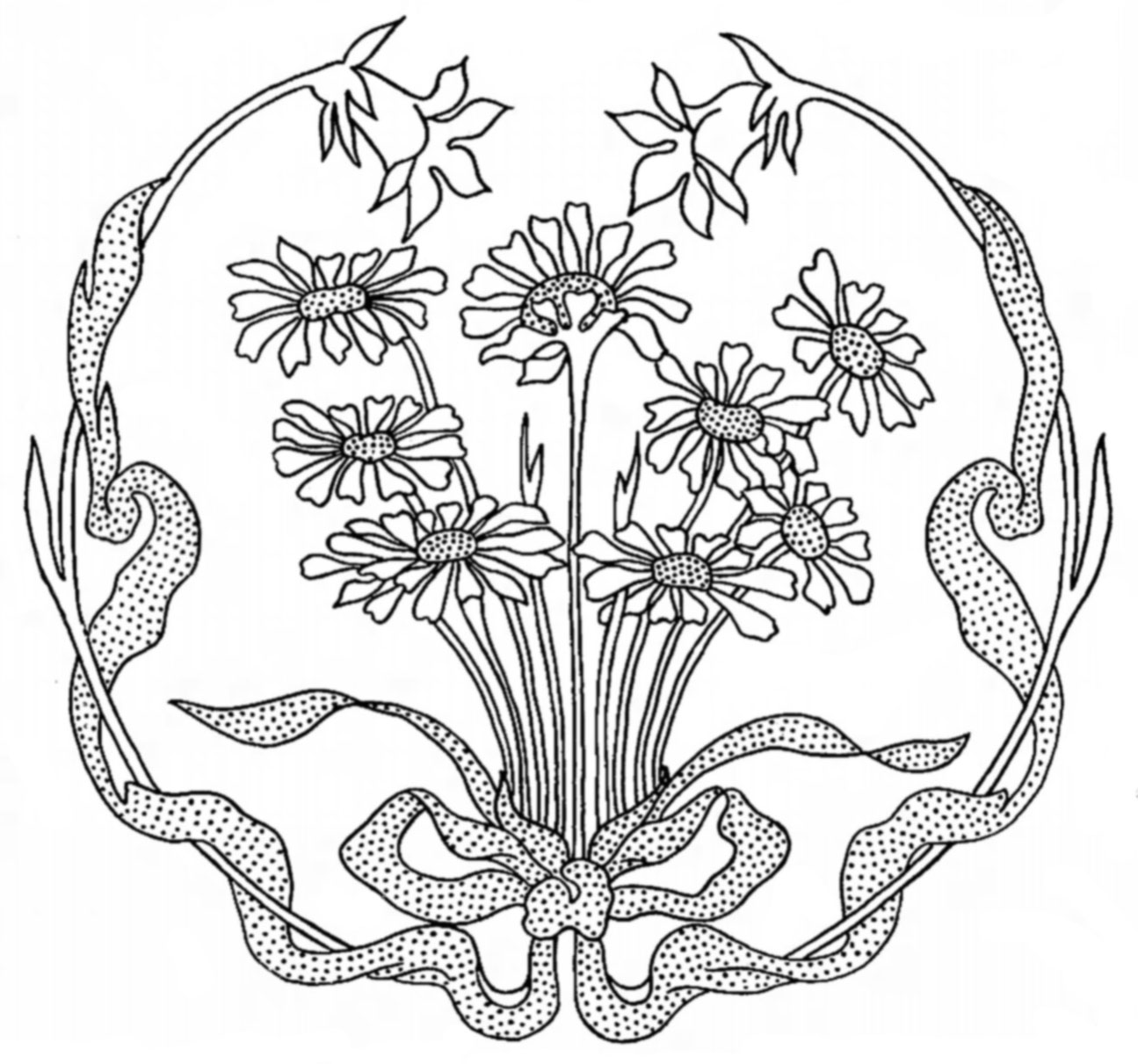