Two aprons this time — one for you, and one for a friend. I wanted to get these done early because I’m going to be busy next month. The giveaway will be open until April 1st, so leave a comment below if you’re interested.

Probably nobody but me would look at this vintage chintz fabric and think of pairing it with a contemporary Alexander Henry print, but I’m weird that way. Like many of my friends, I often buy fabric that I like and then wait until later (sometimes a lot later) to figure out what I’m going to do with it. The main fabric in the first apron is a large scale Everglaze chintz, with the sash and trim in the Henry fabric (which is a little more magenta-ish red than it looks in my photos); the second apron uses the Henry fabric with pockets from the Everglaze, and sash/pocket trim from a vintage Waterly chintz.

Sometimes it can be tricky working with such large prints (especially if you only have a small piece), so I spend a lot of time thinking about how I’m going to construct the apron before I actually start cutting. I was very happy to be able to match the print in the pocket pieces to the main apron.  There was just a tiny bit of the Everglaze left, so I decided to make another apron using it again for the pockets, but this time on the Henry print. The Waverly was added because I didn’t have enough of the two other fabrics.

They’re pretty wild, but I like them, and I hope some of you do too. 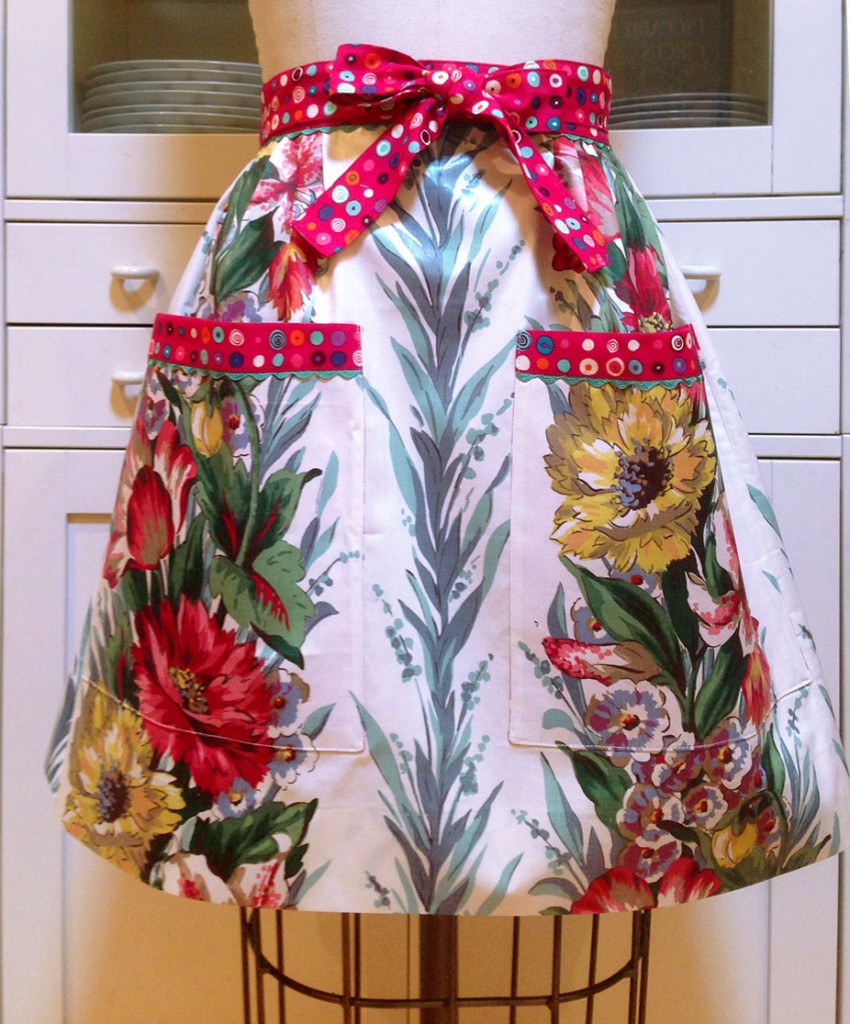 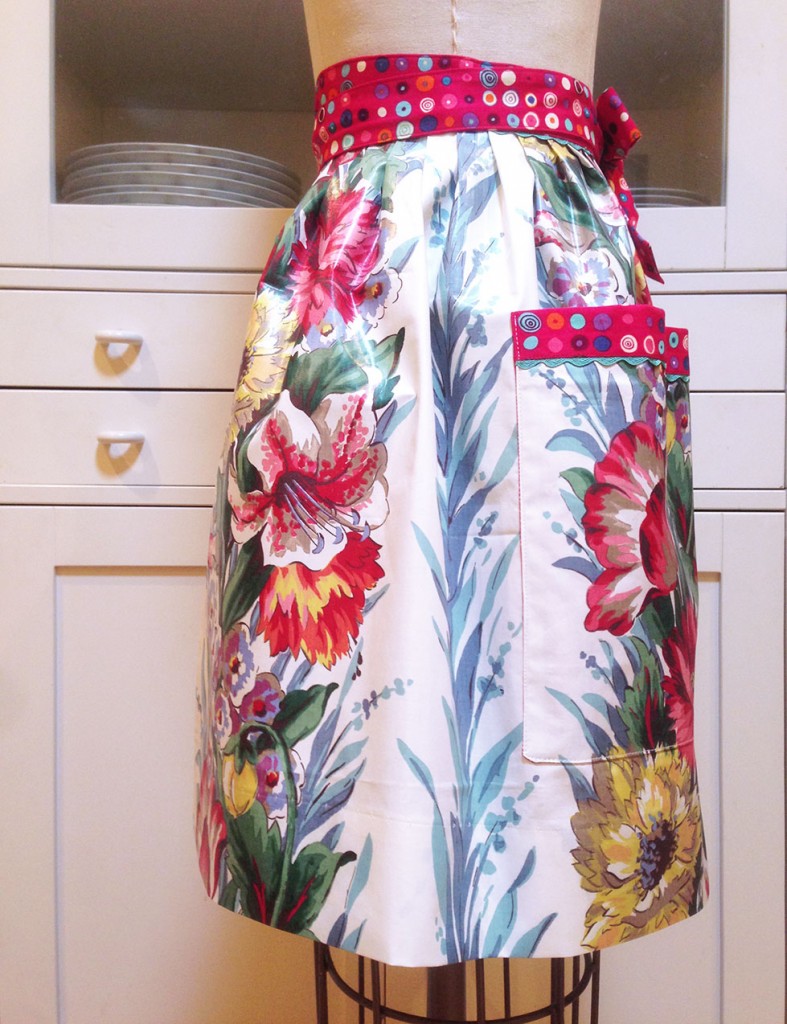 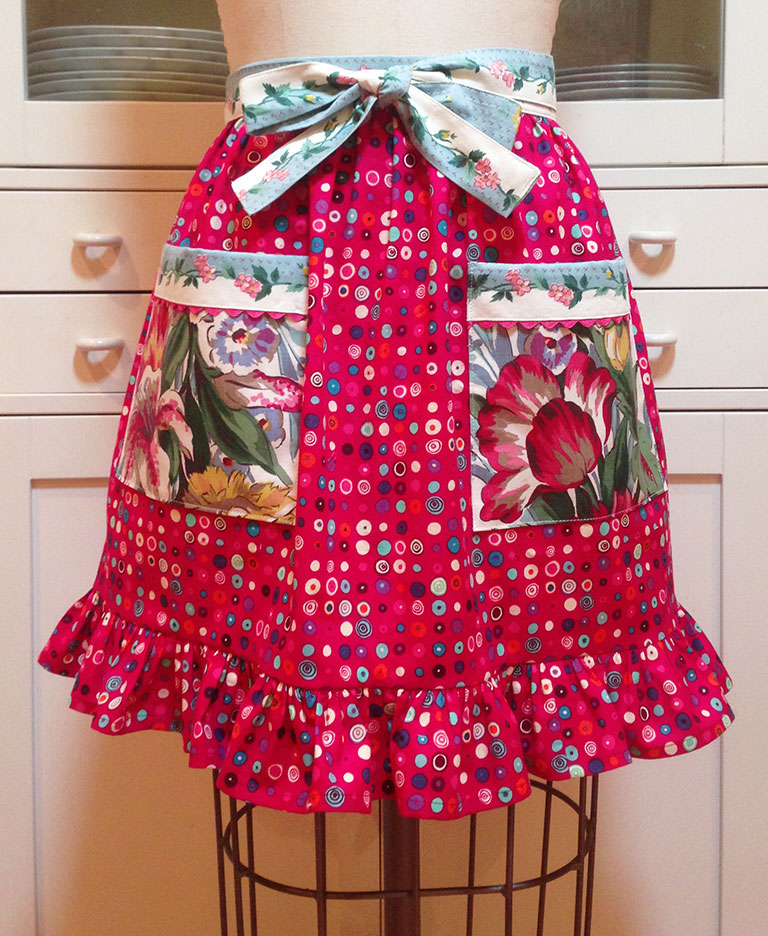 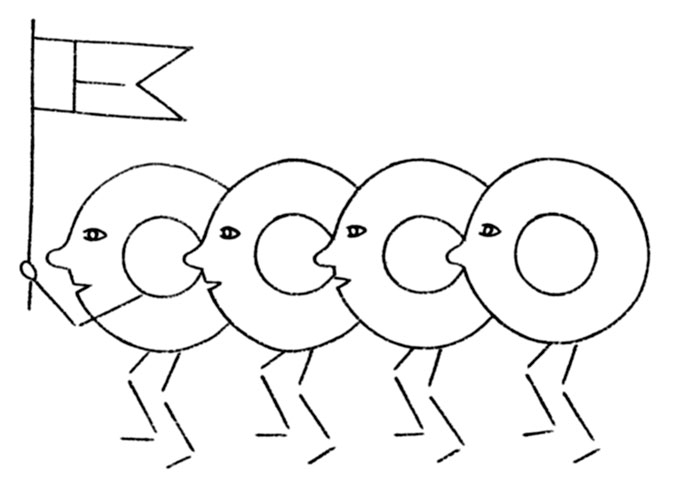 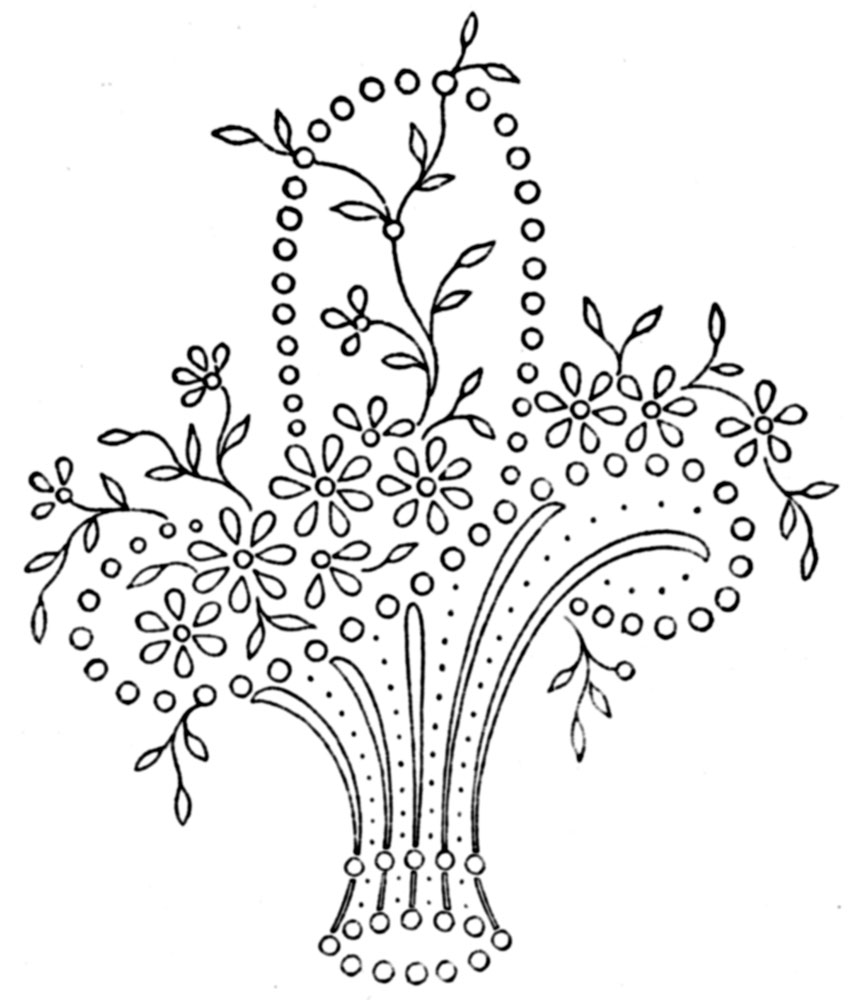