Last year when I was preparing for a trip with my sisters, I asked my sister, Sally, if she would like me to bring along an embroidery project for her.  She thought that was a good idea, so I headed to the quilt shop to look for a nice print that would go with her new couch.  Although I had only done one small piece of embroidery on printed fabric, I thought it was something she might enjoy.

I was immediately drawn to this print because the colors were right and the design seemed to lend itself to embroidery.  The problem was that the colors were pretty bright and I didn’t think there would be enough contrast between the stitching and the background fabric.  As I was pondering this, the woman who was helping me suggested that it might work better to use the wrong side of the fabric for the embroidery, which is something I would have never thought of, and which I thought was a pretty great idea.

Since the wrong-side colors were sort of muted versions of their right-side counterparts, the brighter colored floss showed up nicely.  Sally had fun selecting the different stitches and where to apply them, and I think the pillow turned out really well.  She used the right side of the fabric for the back of the pillow (second photo), and sewed a coordinating fringe trim to the edges. 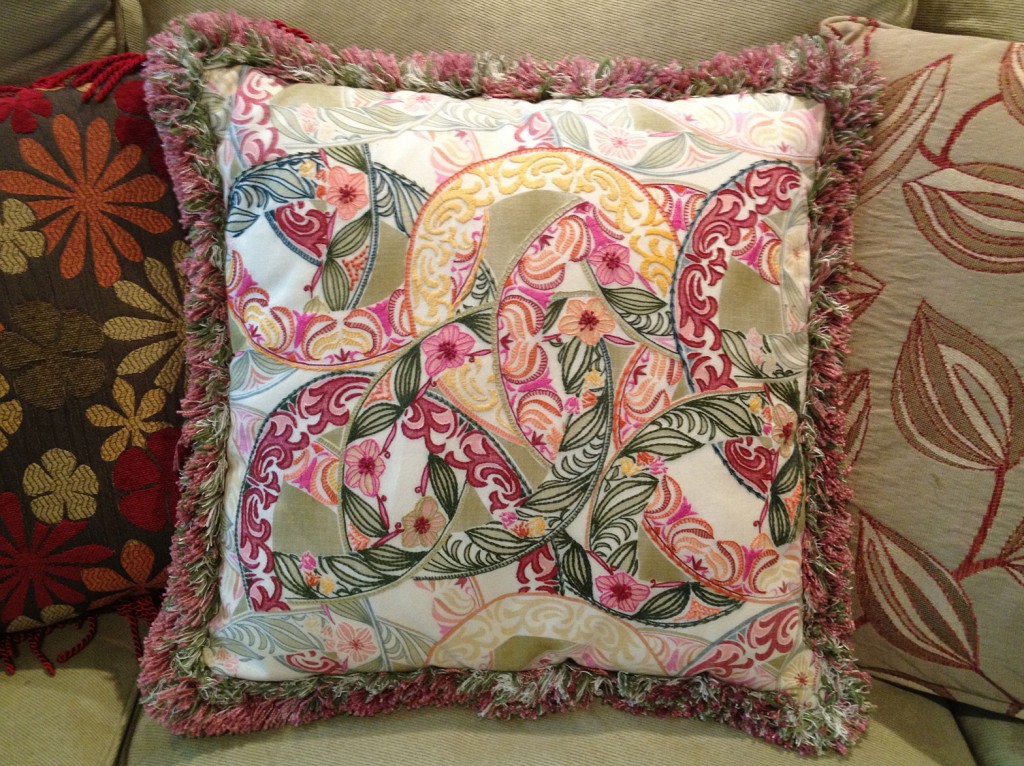 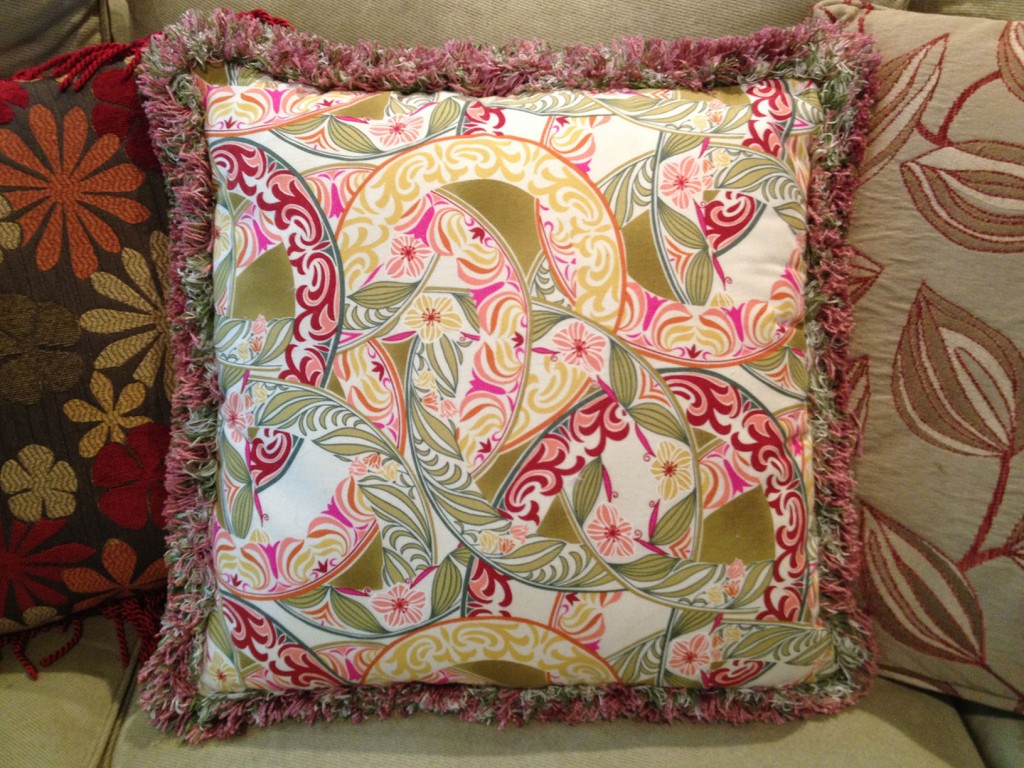 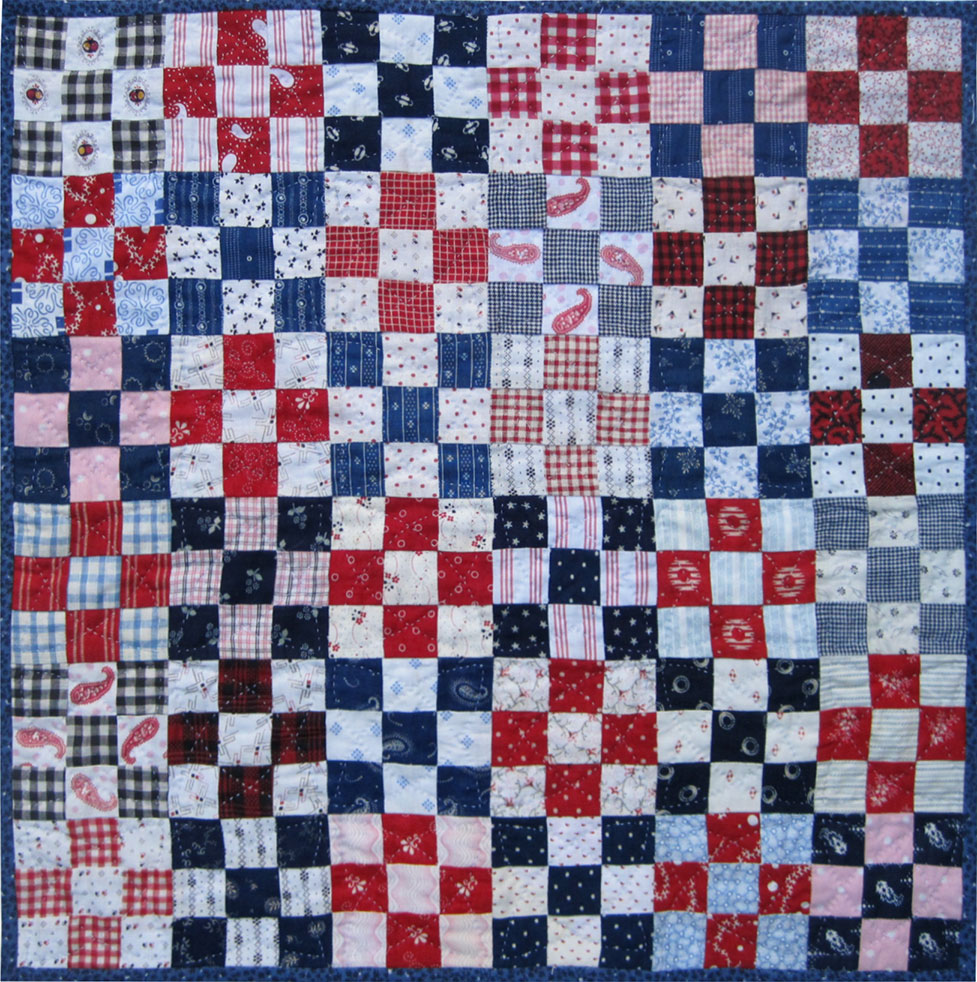 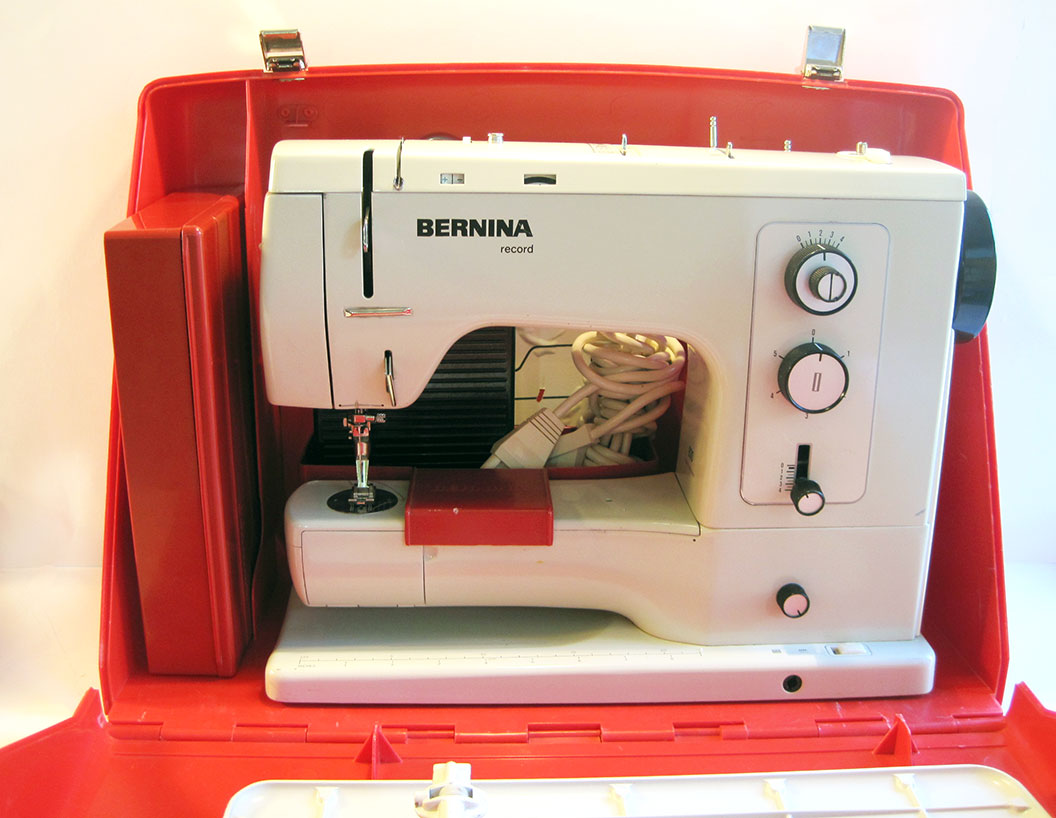