For this little top I used two vintage cloth books published in the UK by Dean’s Rag Book Co.  The company began in 1903 producing small books printed on muslin that they advertised as “safe and washable” for baby.  Later they expanded into stuffed bears and cloth dolls.  Dean’s Rag Books were still being made as late as the 1960s, and I think my two books are from the later period — probably the 1950s.  They were both illustrated by Josephine Wilkinson, as you can see on the front page of each book, and neither of them has a title.  After looking at lots of Dean’s books online, I think Josephine’s graphics are my favorites.

My books each contained 6 illustrations printed on one side of a strip of muslin which was folded to make 3 pages.  They were also in mint condition, having never been washed or maybe even played with at all.  It was easy to remove the binding stitching and cut out the individual blocks for my quilt.  I’ve always wanted to do this with a cloth book, but most of them are either a combination of cloth mixed with paper, or they are treated with something that makes them stiff and a little brittle.  The Dean’s books are perfect, because they are just plain printed muslin.

The hardest part of putting this together was attempting to match up the gingham sashing and border; it’s not perfect, but I’m okay with it.  The six blocks on the left are from one book, and the six of the right are from the other.  The top now measures 22″ x 23″, but I might trim the top and bottom borders to make it square. 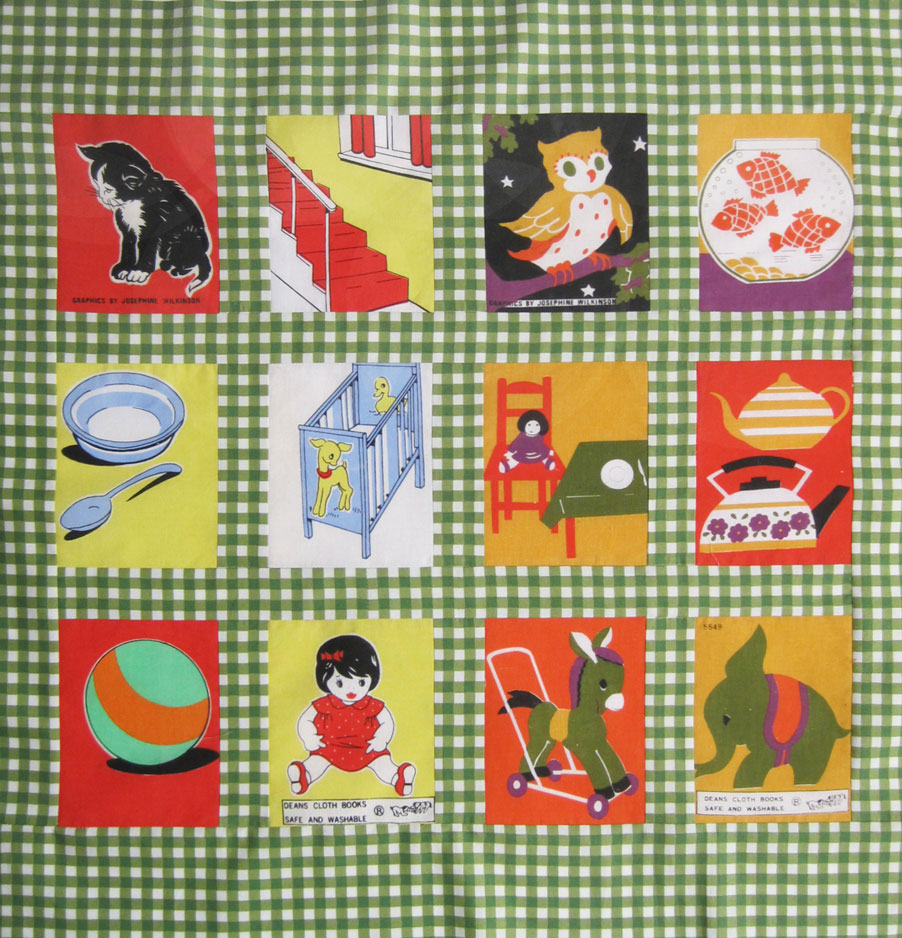 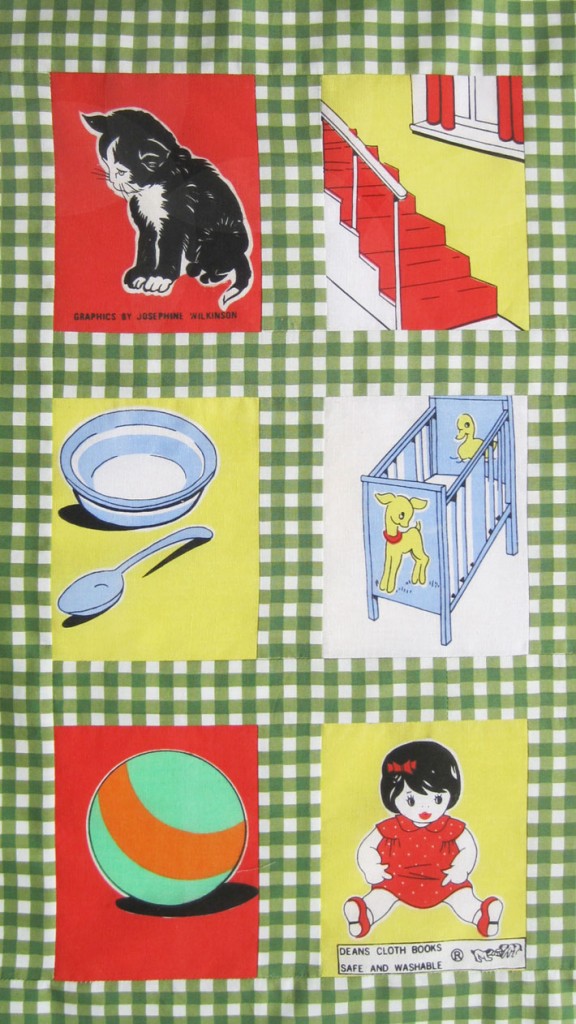 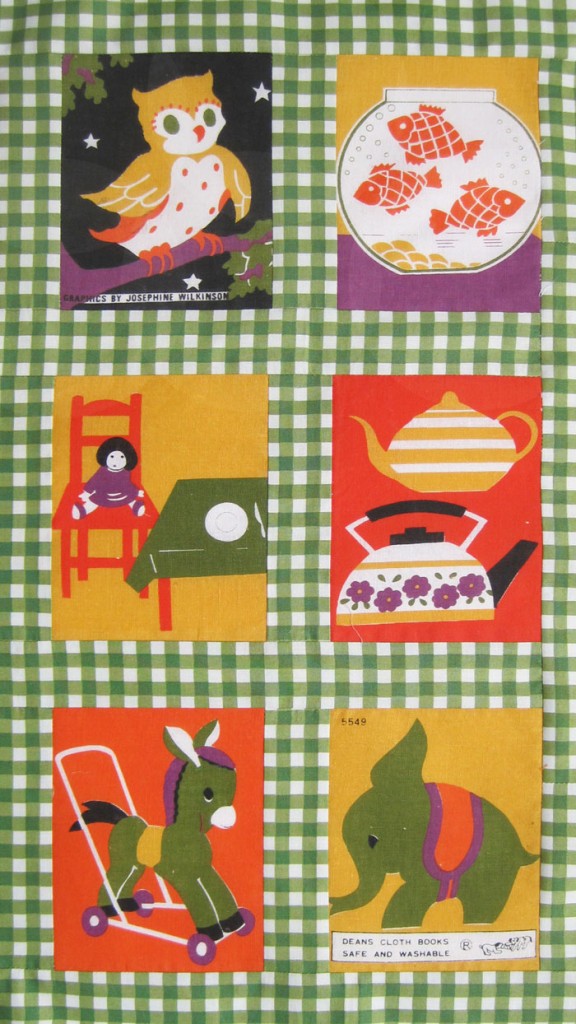 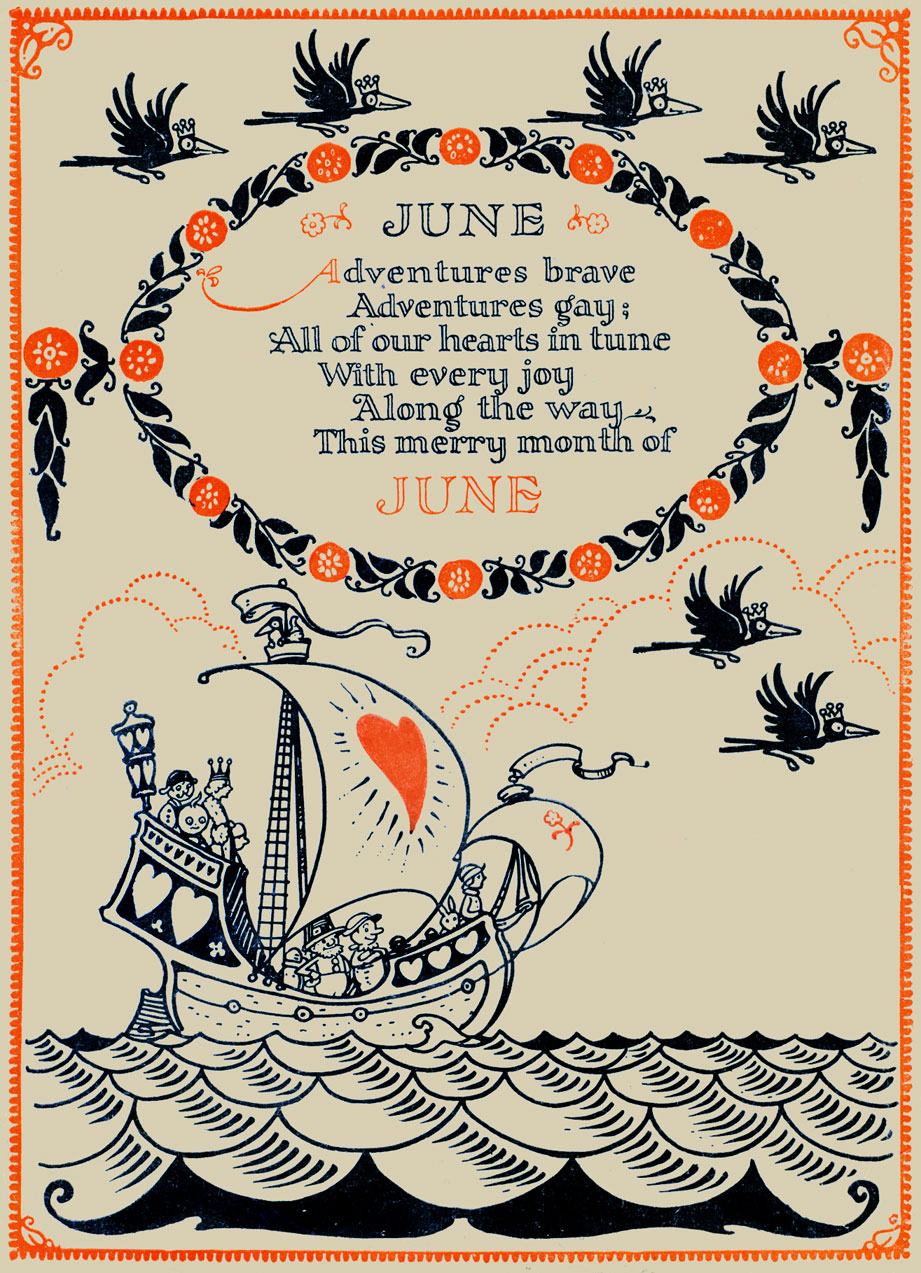 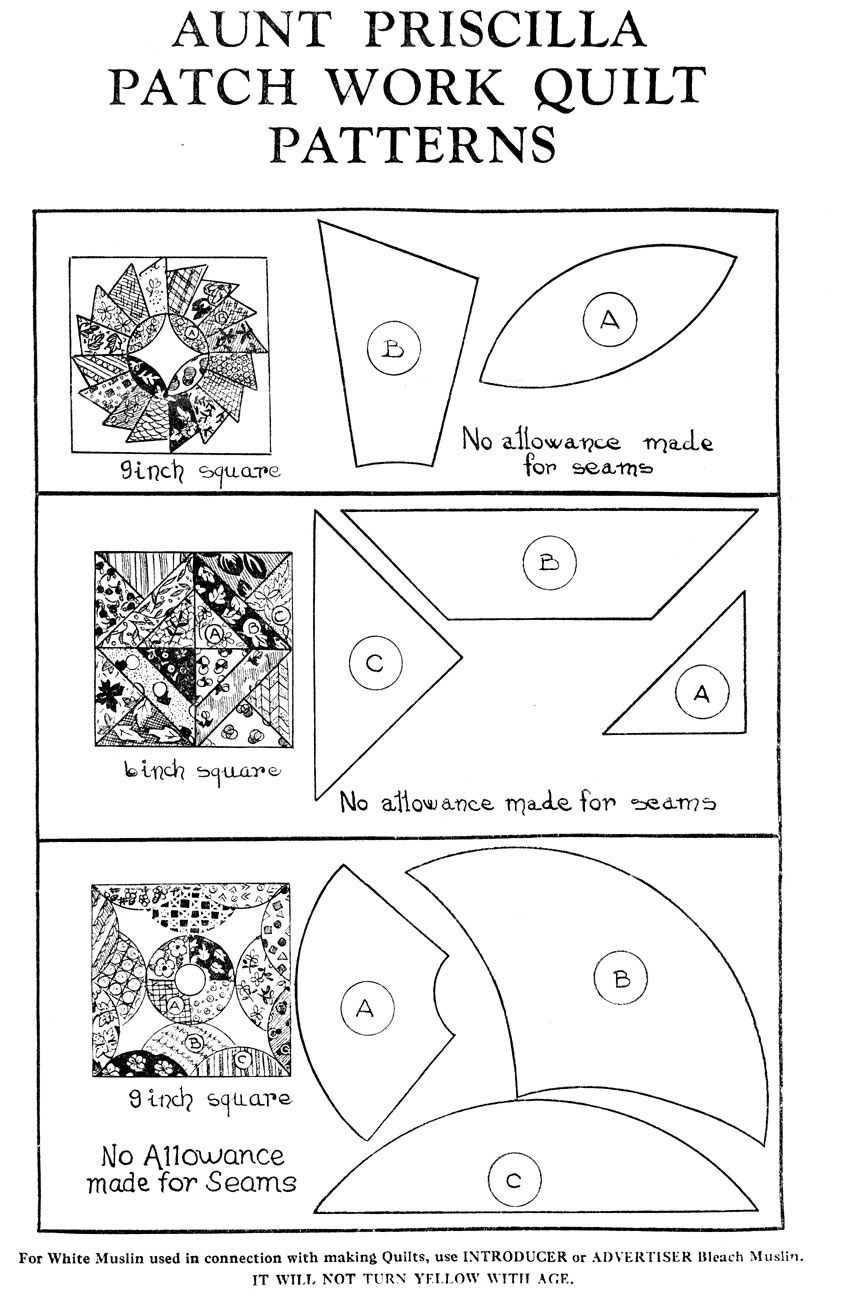