These block pieces were purchased on ebay in 2002.  The fabric scraps were hand stitched to a foundation of 1943 newspaper pages.  The stitches were not as close as I would have liked, but I couldn’t figure out how to go over her stitching.  In the end I just removed the newspaper — then soaked, pressed and re-cut the pieces.  The original shape would have created a kind of rounded square with the four muslin pieces, but I decided to cut the curve more deeply which makes a nice circle when the muslin pieces are joined– the baseball.  I machine stitched around the outside of each piece before hand stitching the muslin pieces into the curves.

Because I was a little worried about the structural integrity of her stitching, I decided to do a fairly close quilting design with horizontal and vertical lines. The binding and backing are the same cadet blue fabric. I like the way it turned out, and the stitching has held up just fine. It’s actually pretty gratifying to complete another quilter’s unfinished project. 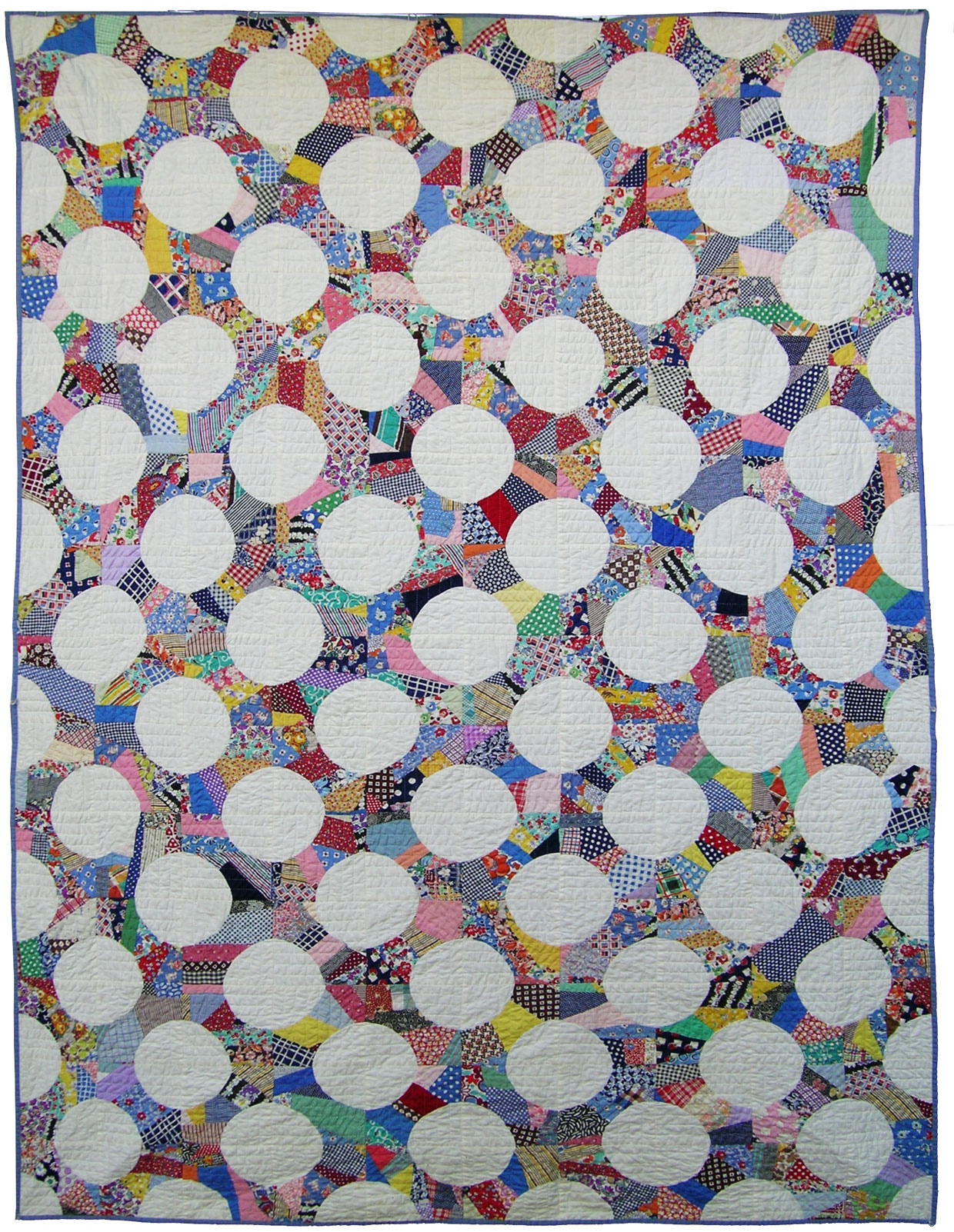 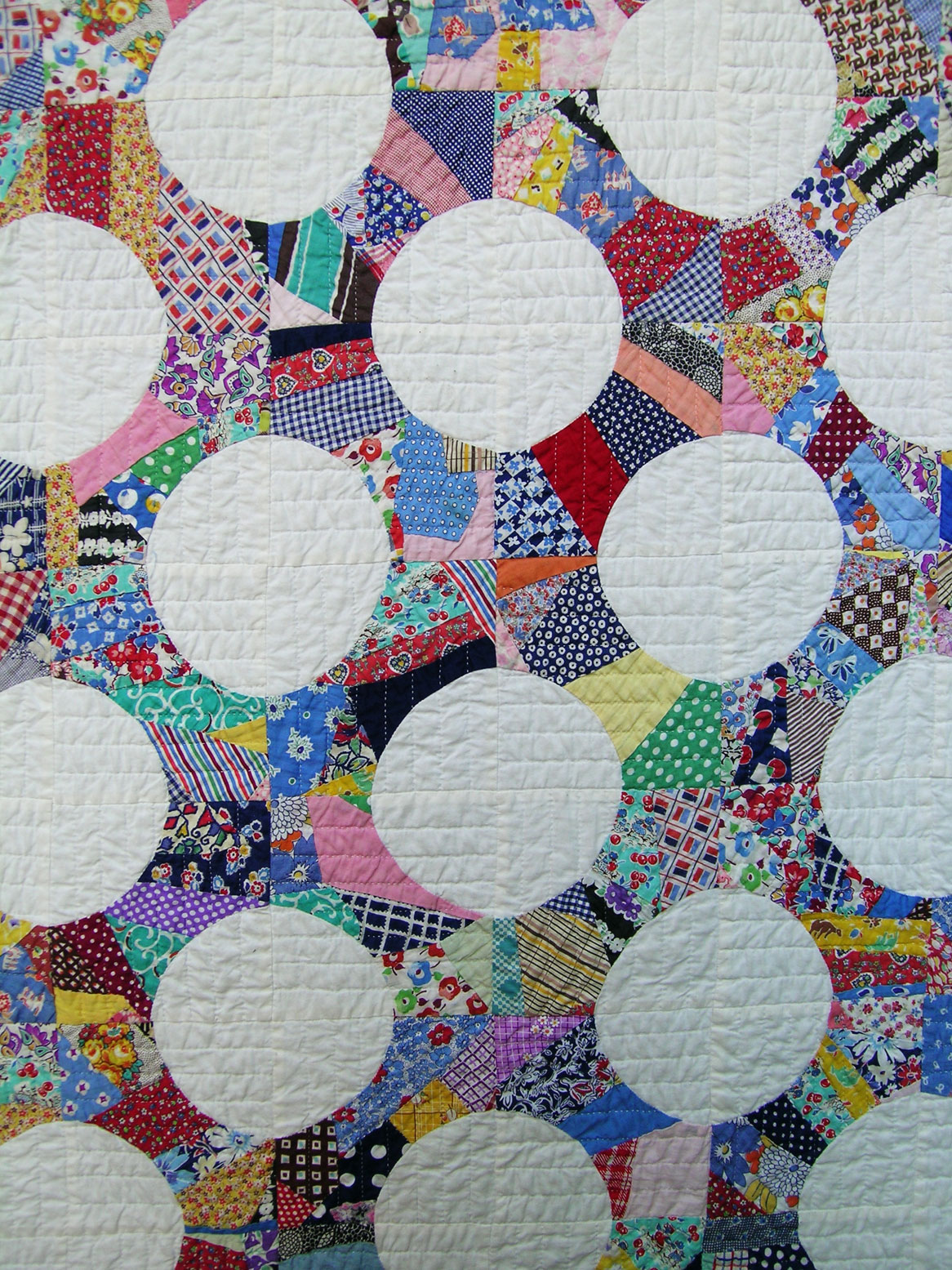 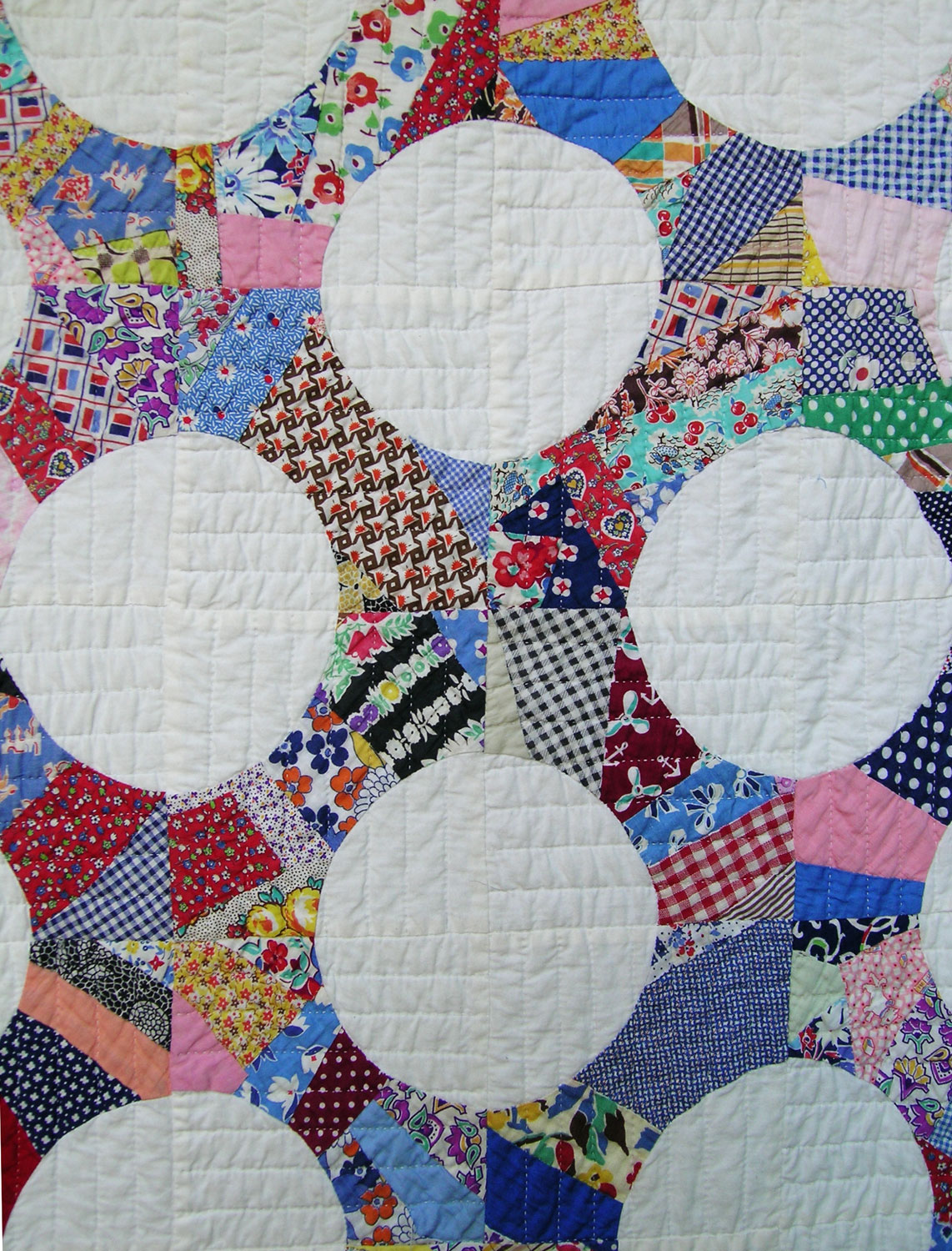 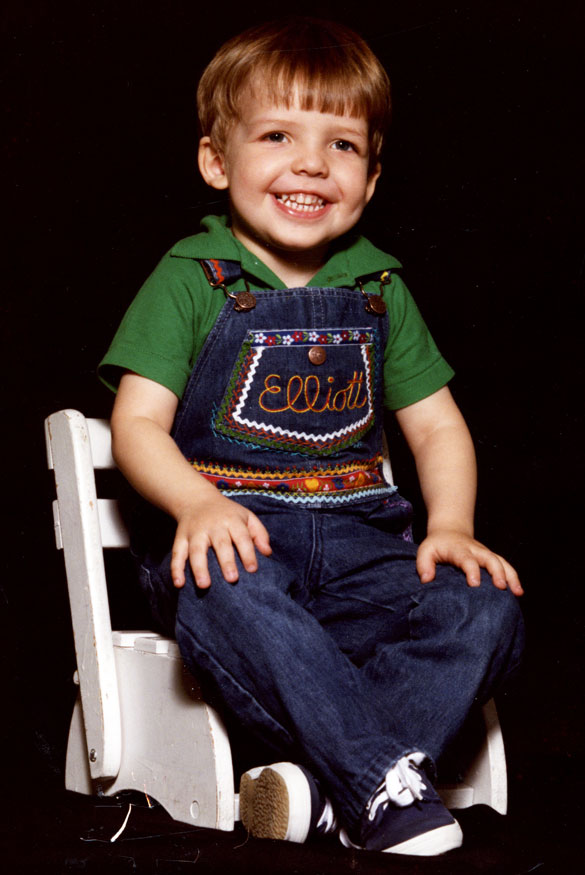